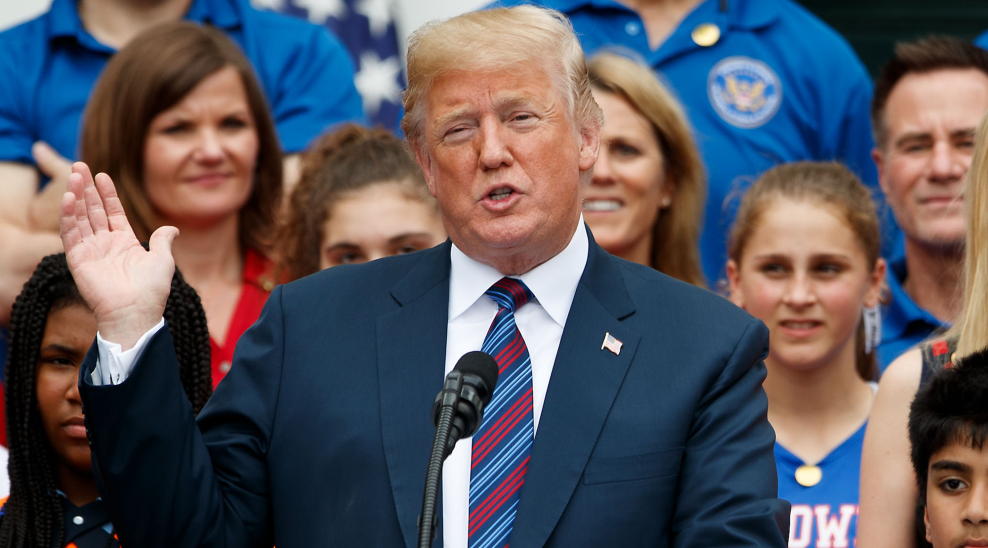 President Donald Trump claimed in a tweet Thursday morning that he did not fire former FBI Director James Comey over the Russia investigation, despite having told NBC’s Lester Holt one year ago that the abrupt dismissal stemmed from exactly that.

“When I decided to just do it, I said to myself, I said, ‘You know, this Russia thing with Trump and Russia is a made-up story. It’s an excuse by the Democrats for having lost an election that they should’ve won,'” Trump told Holt in May 2017, just two days after Comey’s firing.

In the same television interview, Trump also undermined the White House’s initial claim that the decision to sack Comey came from a recommendation from the Justice Department.

Pres. Trump on firing Comey: “I said, you know, this Russia thing with Trump and Russia is a made up story.” https://t.co/hxqM1LZI0e

This isn’t the first time Trump has contradicted the explanation he offered to Holt. But Thursday’s tweet appears to respond to new reports that former FBI Acting Director Andrew McCabe wrote a secret memo detailing the events, including conversations he had with Deputy Attorney General Rod Rosenstein, that led to Comey’s firing. That memo is reportedly now in the hands of special counsel Robert Mueller.

Trump’s apparent attempt to squash the Russia investigation only backfired, as the explosive firing has since become a central focus for Mueller amid questions over whether the president attempted to obstruct justice.

Not that it matters but I never fired James Comey because of Russia! The Corrupt Mainstream Media loves to keep pushing that narrative, but they know it is not true!