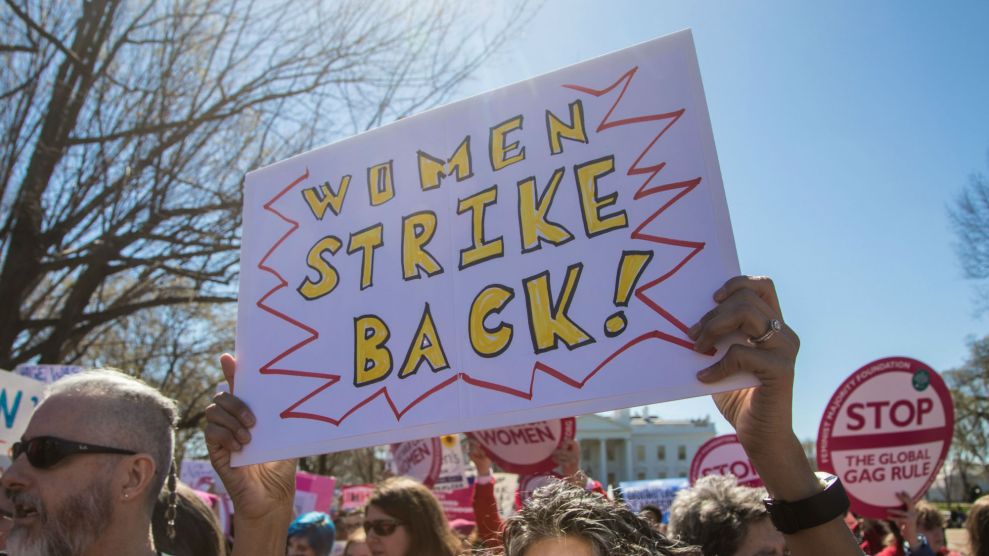 In a 5-2 decision Friday, Iowa’s Supreme Court ruled that a 2017 law requiring women to wait 72 hours before getting an abortion was unconstitutional—siding with the appellant, Planned Parenthood. The organization sued the state over the law last year, temporarily preventing it from taking effect.

The court’s decision is a big win for reproductive rights activists, during a week in which the future of abortion rights has been thrown into serious legal jeopardy following the retirement announcement of US Supreme Court Justice Anthony Kennedy. Kennedy had been a decisive vote on the court, and activists worry that President Donald Trump’s next appointment could mean an overturning of Roe v. Wade, or even more extreme restrictions on the procedure.

Iowa’s law, which was signed by then-Gov. Terry Branstad in 2017, dictated that women wait 72 hours after an informational appointment about an abortion, during which they’d receive a slew of assessments, including a “decisional-certainty assessment” to determine “whether the patient is truly certain in her decision” and the option to view a fetal ultrasound. Only after the full waiting period could women return to the clinic to have the procedure.

In defense of the law, Iowa Solicitor General Jeffrey Thompson argued, according to court documents, that the provision reflected the “hope of the legislature that after receiving the information and taking some time to consider it, some women will choose to continue a pregnancy that they might otherwise have terminated,” the Associated Press reports.

That didn’t pass muster with Iowa’s Supreme Court: “We conclude the statute enacted by our legislature, while intended as a reasonable regulation, violates both the due process and equal protection clauses of the Iowa Constitution because its restrictions on women are not narrowly tailored to serve a compelling interest of the state,” wrote Chief Justice Mark Cady in the decision. He added, “The state has a legitimate interest in informing women about abortion, but the means used under the statute enacted does not meaningfully serve that objective.”

The law unjustly affected women, the court argued, and therefore violated women’s right to equal protection under the law. “Without the opportunity to control their reproductive lives, women may need to place their educations on hold, pause or abandon their careers, and never fully assume a position in society equal to men, who face no such similar constraints for comparable sexual activity,” Cady wrote.

Beyond that, Cady wrote that requiring multiple appointments places a burden on low-income women. In Iowa, 1 in 4 women hoping to obtain a medication abortion and about 1 in 3 seeking to obtain a surgical abortion have to travel 50 miles or more to do so, according to a study cited in the decision.

“Financial hurdles can be extraordinary, and many women are delayed in obtaining the procedure simply due to the time it takes to tap their resources, determine how much money they can raise, arrange for time off work, and find child care,” Cady wrote.

The court’s decision does not affect Iowa’s controversial 2018 “fetal heartbeat” law, which bans abortion after about six weeks and would be the most restrictive abortion law in the country. That law is currently on hold, as it was immediately challenged in May by Planned Parenthood.

Although the future of Roe v. Wade is now uncertain, according to Rita Bettis, legal director of the ACLU of Iowa, Friday’s decision, at least, will be free from federal appeal. “Because this decision is rooted in the Iowa Constitution, the Iowa Supreme Court is the final word on the matter. The decision is not subject to appeal to the federal courts,” she said in a statement.