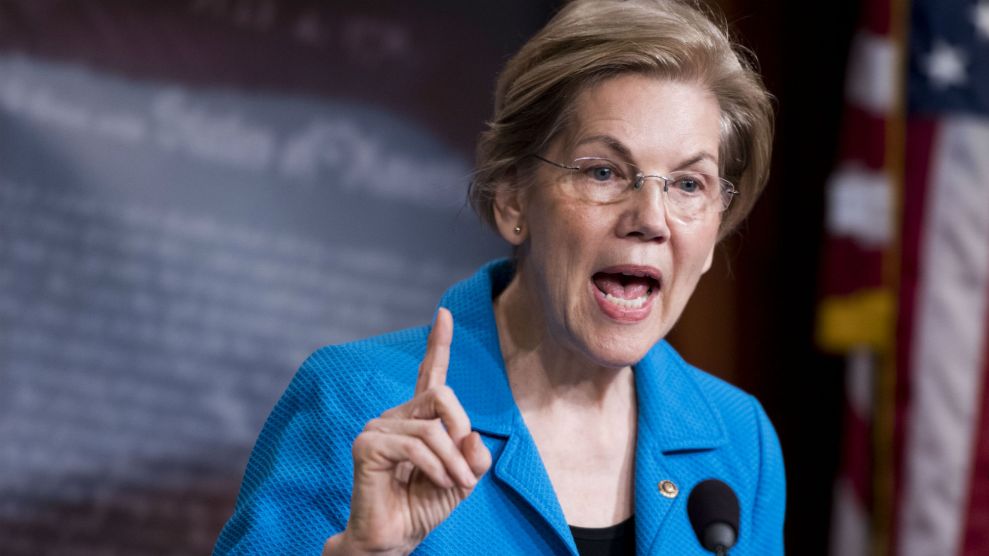 Trump’s nominee to lead the Consumer Financial Protection Bureau, a prominent Wall Street watchdog, has no consumer finance background. But Office of Management and Budget associate director Kathy Kraninger does have  national security experience, which has Democrats wondering about steps she may have taken to boost the administration’s family separation border policy.

On Tuesday, Sens. Elizabeth Warren (D-Mass.) and Sherrod Brown (D-Ohio) sent a letter to Kraninger asking her to provide documentation elaborating on her role in the administration’s “cruel” Department of Homeland Security policy of taking small children away from their parents when arriving at the US border without documents.

The senators note that in her role at OMB, Kraninger oversees seven agencies, including Homeland Security and the Justice Department, which kicked off the “zero-tolerance” policy that has included family separation. Her job involves not just budget preparation, the letter argues, but also “ongoing policy and management guidance” and “overseeing ‘implementation of policy options.'” The senators request copies of emails, memos, and other documents detailing work Kraninger did on relevant border policies.

“The American people deserve to know what role you have played in developing and implementing this appalling process,” write the senators.

On Twitter, Sen. Warren added that she plans to block Kraninger’s CFPB nomination until this question is resolved.

Kraninger’s nomination came just as a legal deadline approached that would have otherwise forced the CFPB’s current acting head, White House Office of Management and Budget Director Mick Mulvaney, to step aside. Mulvaney’s position is secure as long as Kraninger’s nomination remains under consideration.

Kathy Kraninger helps oversee the agencies that are ripping kids from their parents. Now @realDonaldTrump wants her to run the @CFPB. I will put a hold on her nomination – & fight it at every step – until she turns over all documents about her role in this.#FamiliesBelongTogether pic.twitter.com/wrW7oXP3Eo

You can read Warren and Brown’s the full letter to Kraninger below: