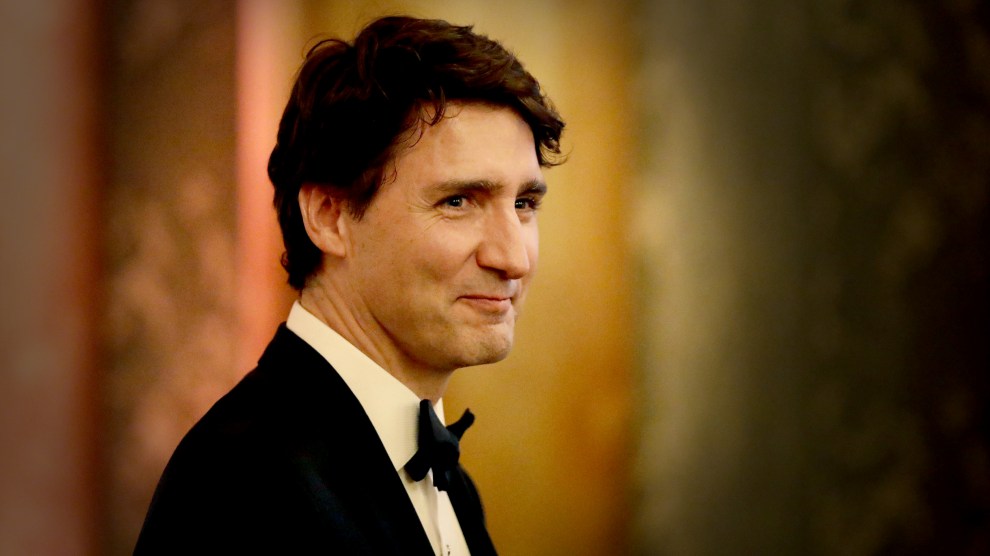 Canadian Prime Minister Justin Trudeau called President Trump’s trade tariffs on aluminium and steel “insulting and unacceptable” in a new video posted on Saturday by NBC’s Meet the Press on Twitter. Canada, Mexico and the European Union had previously been exempt from Trump’s 25 percent tariffs on steel imports and 10 percent tariffs on aluminum imports, but the US snapped them into effect at midnight Thursday. The US cast the decision to include the three trading giants and allies in the tariffs as an urgent matter of national security to defend local markets: “Without a strong economy, you can’t have a strong national security,” Commerce Secretary Wilbur Ross said last week.

But Trudeau flatly refuted that premise in the video, which previews a longer interview set to air on Sunday, by recalling his country’s deep military relationship with the US. (NBC also made some of the details from the upcoming interview available Friday on its website.)

“The idea that, you know, our soldiers who had fought and died together on the beaches of World War II, and the mountains of Afghanistan and have stood shoulder-to-shoulder in some of the most difficult places in the world, that are always there for each other, somehow—this is insulting to them,” he told Meet the Press anchor Chuck Todd. “Next week we’re hosting the G7 summit of world leaders and the airfield, the military base, that Air Force One is going to land in was put there in World War II to protect an aluminium smelter that was providing to the military effort. The idea that we are somehow a national security threat to the United States is quite frankly insulting and unacceptable.”

“So, what do you feel as if the president wants from you in putting these tariffs up?” Todd asked.

TUNE IN: Canadian Prime Minister @JustinTrudeau fires back on President Trump's tariffs on steel and aluminum and says he doesn’t know what the president wants from Canada in proposing the tariffs. Catch more from his interview tomorrow on #MTP pic.twitter.com/kfGlWE4lVQ

Calling the tariffs “illegal”, the European Commission quickly vowed to fight back with its own package, expected to hit about $7.5 billion worth of US exports, according to CNN, and will lodge a complaint with the World Trade Organization.

On Saturday afternoon, Trump tweeted an apparent response to the increasing conflict:

The United States must, at long last, be treated fairly on Trade. If we charge a country ZERO to sell their goods, and they charge us 25, 50 or even 100 percent to sell ours, it is UNFAIR and can no longer be tolerated. That is not Free or Fair Trade, it is Stupid Trade!