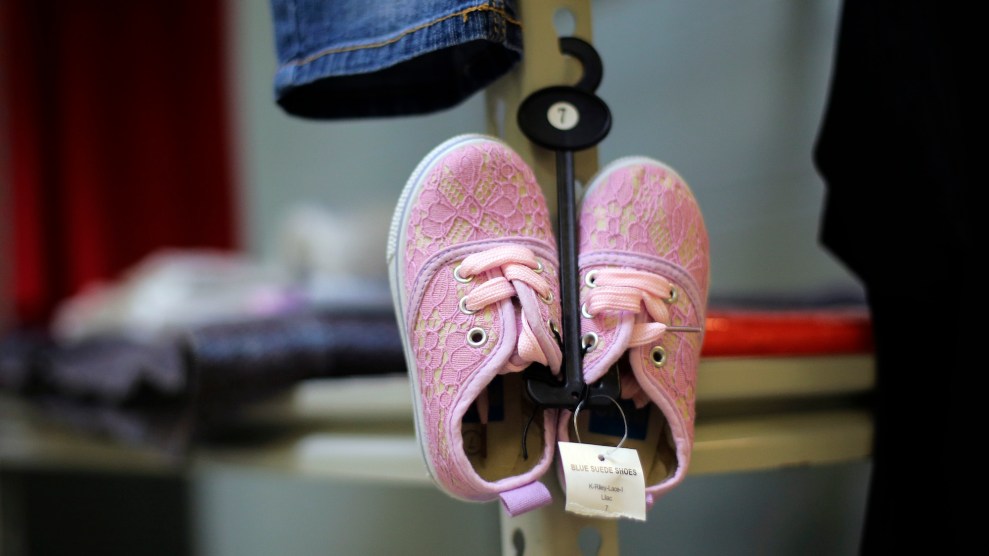 Immigrations and Customs Enforcement is looking for space to detain 15,000 immigrant parents and children—six times the number of people held in the government’s existing family detention centers. That’s according to a request for information posted Friday afternoon on FedBizOpps.gov, a site used by federal agencies soliciting bids from private contractors and other government entities.

Potential new facilities would “ideally” be located along the southwestern border, in Arizona, California, New Mexico, and Texas, according to the request, which ICE says it issued for “planning purposes.”

There are a few barriers in Trump’s way as he tries to expand family detention, one of the driving purposes of his June 20 executive order. For one thing, there’s the Flores settlement, a federal ruling that prohibit the government from locking up migrant children for more than 20 days, which the Department of Justice is trying to modify. Then there’s the cost: Family detention is expensive, and new facilities would likely require additional appropriations from Congress. The so-called “compromise bill” proposed by House Republicans frees up $7 billion for family detention centers.

As I reported yesterday:

CoreCivic’s detention center in Dilley still holds families—about 2,000 people as of June 4, according to an ICE spokesperson. DHS currently pays CoreCivic roughly $200 million per year for the facility. It also pays the GEO Group—the country’s largest private prison company, which holds about 32 percent of all immigration detainees—to hold families at the 1,158-bed Karnes County Residential Center in Texas.

Perhaps the only winners amid the crisis sparked by Trump’s family separation policy are CoreCivic and GEO, which saw a 3.5 and 1.8 percent bump in their respective stock prices after the president signed his executive order on Wednesday.