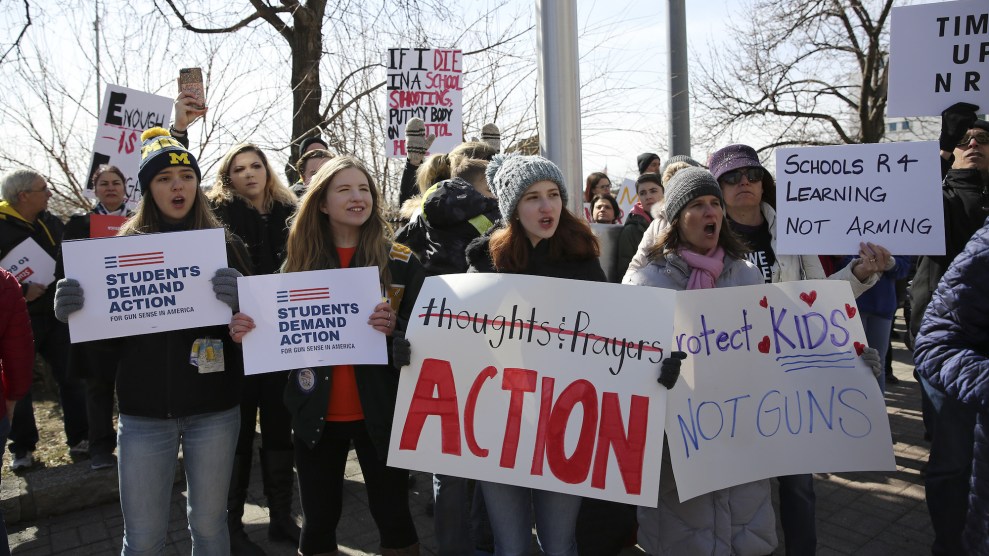 Student protesters at the March for Our Lives in Detroit, Michigan on March 24, 2018.Chirag Wakaskar/SOPA Images via ZUMA Wire

The March for Our Lives teens said they’d #VoteThemOut, and a new study suggests they could be poised to do just that. According to the political data firm TargetSmart, the percentage of newly registered voters who are under the age of 30 has grown significantly in a number of key battleground states since the February school shooting in Parkland, Florida. The surge could have big implications in this fall’s fight for control of Congress.

The findings offer an early, measurable indication that youth turnout could be higher than in previous midterm elections, though there’s no guarantee that many of the new registrants will actually vote. Just under half of all 18-to-29-year-olds were registered to vote in 2014, but less than 20 percent of that population group ended up casting ballots that year. It was the lowest rate of of youth registration and turnout recorded in four decades, according to the Center for Information & Research on Civic Learning and Engagement at Tufts University.