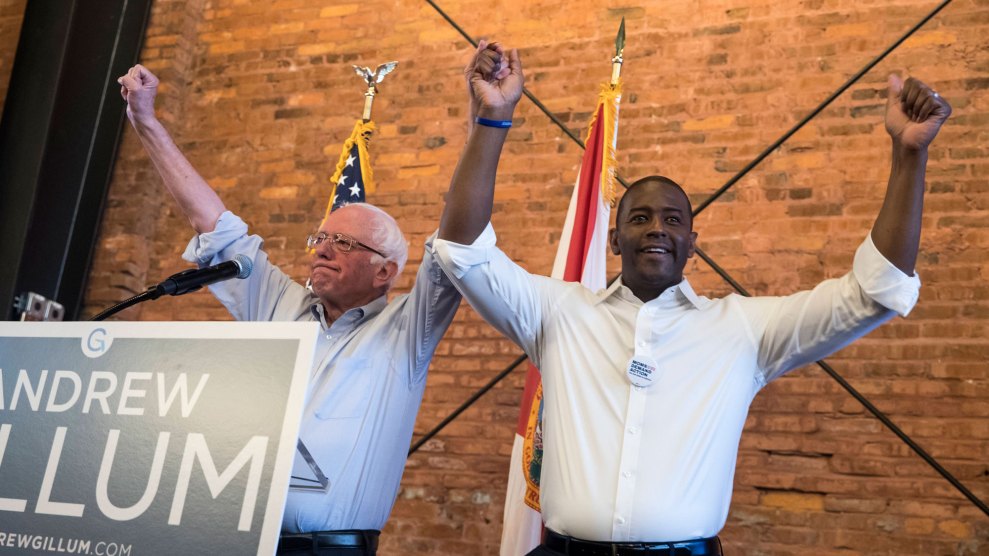 Tallahassee Mayor Andrew Gillum is one step closer to being the first African American governor in Florida history. Although the Democrat, a favorite of progressives, trailed by double digits for much of the race and never led a single poll, he rode a late surge to edge out Rep. Gwen Graham in Tuesday’s primary.

Gillum will face Trump-loving Republican Rep. Ron DeSantis in what is shaping up to be one of this fall’s marquee races. Only two African Americans have ever won a gubernatorial election, but Gillum, along with fellow Democrats Stacey Abrams of Georgia and Ben Jealous of Maryland, have a chance this year to change that.

In a purple state carried by Trump, Gillum ran an unabashedly liberal campaign, calling for Medicare-for-all and a $15 minimum wage, while touting his legal fight against gun lobbyists. He won the campaign in the final weeks with messages like this:

For more on Gillum’s campaign and how he pulled it off, check out Darren Sands’ recent profile in Buzzfeed News.