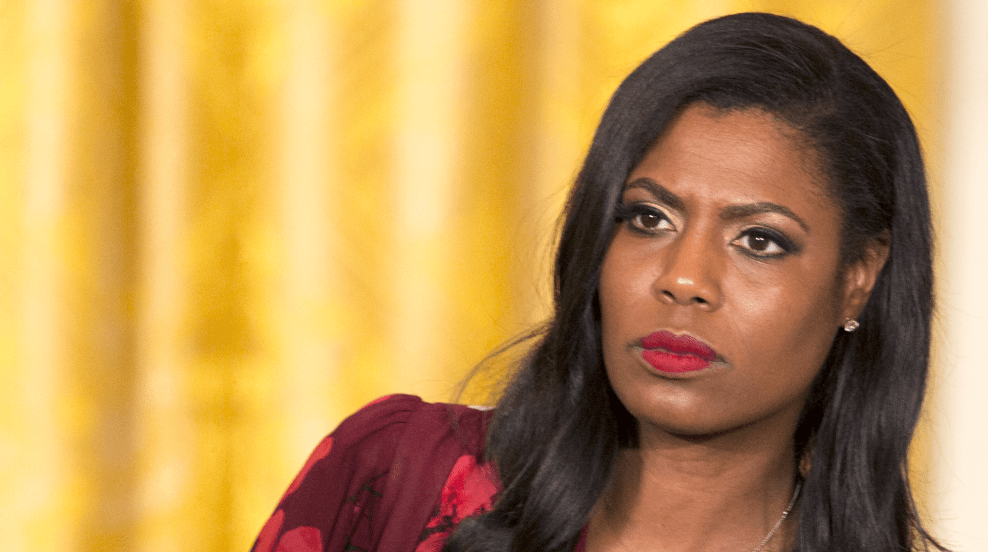 In a particularly vicious tweet, President Donald Trump attacked Omarosa Manigault Newman as “that dog” and a “crying lowlife” amid the former White House aide and reality star’s release of secret recordings from inside the White House and the Trump campaign trail.

The escalated attack on Tuesday came moments after CBS News aired a recording provided by Newman that purports to involve Trump campaign staffers discussing how to deal with the potential fallout of a tape that allegedly shows Trump using the n-word during his work on NBC’s “The Apprentice.” The recording is the third to be released by Newman in recent days, as the former reality star promotes Unhinged, her book detailing her brief and controversial tenure inside the White House.

When you give a crazed, crying lowlife a break, and give her a job at the White House, I guess it just didn’t work out. Good work by General Kelly for quickly firing that dog!

POTUS says former White House staffer @Omarosa lied when she called him a racist who has said the N-word on tape. But a new recording, obtained by @CBSNews overnight, seems to back up Omarosa's story that several Trump advisers discussed an alleged tape during the 2016 campaign. https://t.co/tV3R6P2TvE

In a likely effort to mount a preemptive strike before the latest release, Trump took to social media late Monday to deny claims that he regularly used the n-word during the filming of “The Apprentice.”

.@MarkBurnettTV called to say that there are NO TAPES of the Apprentice where I used such a terrible and disgusting word as attributed by Wacky and Deranged Omarosa. I don’t have that word in my vocabulary, and never have. She made it up. Look at her MANY recent quotes saying….

While Trump has a long record of hurling insults against his perceived enemies, the president has typically reserved animal comparisons for those he holds in especially high contempt. Previous targets have included Hillary Clinton (“Was that a dog?” Trump once joked after a supporter made the sound of a barking dog), James Clapper (“Watch them start to choke like dogs,” he told reporters referring to the former Director of National Intelligence and Sally Yates), and undocumented immigrants (“These aren’t people, these are animals.”). Many on social media Tuesday quickly noted the shock of the president labeling Newman, a black woman, a dog.