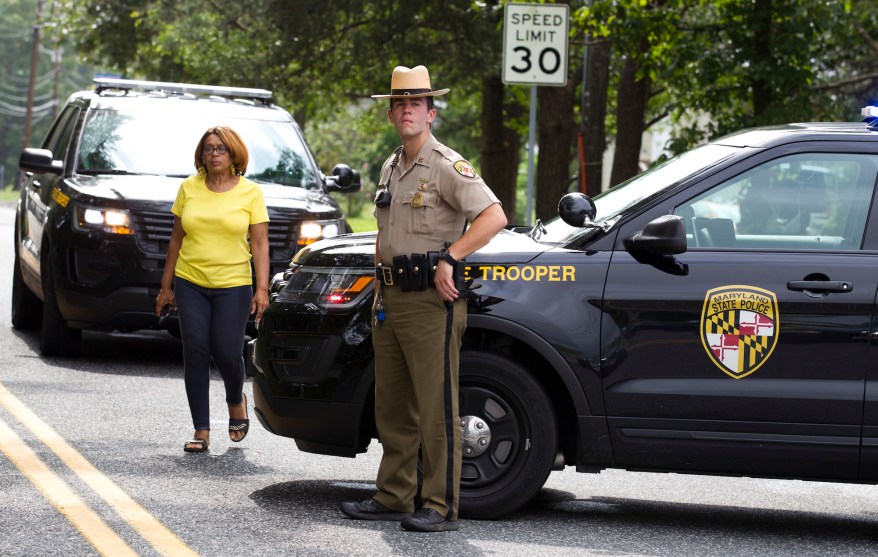 Maryland state police block the road who connect the industrial business park, where several people had been shot, according with police reports in Aberdeen, Md, in Thursday, Sept. 20, 2018. Authorities say multiple people have been shot in northeast Maryland in what the FBI is describing as an "active shooter situation." (AP Photo/Jose Luis Magana)AP

Update: 3:15 pm EST: Police confirmed that four people, including the shooter, were killed in Thursday’s shooting at a Rite Aid warehouse in Aberdeen, Maryland. Sheriff Jeffrey Gahler said that the shooter, a 26-year-old temporary employee, died of a self-inflicted gunshot wound.

Multiple people were killed in a shooting at a Rite Aid warehouse in Aberdeen, Maryland. Authorities have not yet released confirmed numbers but initial reports, including from the Baltimore Sun, say three people were killed and others were injured.

Speaking at a press conference, Sheriff Jeffrey Gahler told reporters that a suspect is in critical condition and being treated at a nearby hospital. The suspect is believed to have acted alone. Gahler said that the situation is no longer considered an active threat.

We are closely monitoring the horrific shooting in Aberdeen. Our prayers are with all those impacted, including our first responders. The State stands ready to offer any support. https://t.co/fzugpo8C1Z

This story is developing. We will update as more information is confirmed.