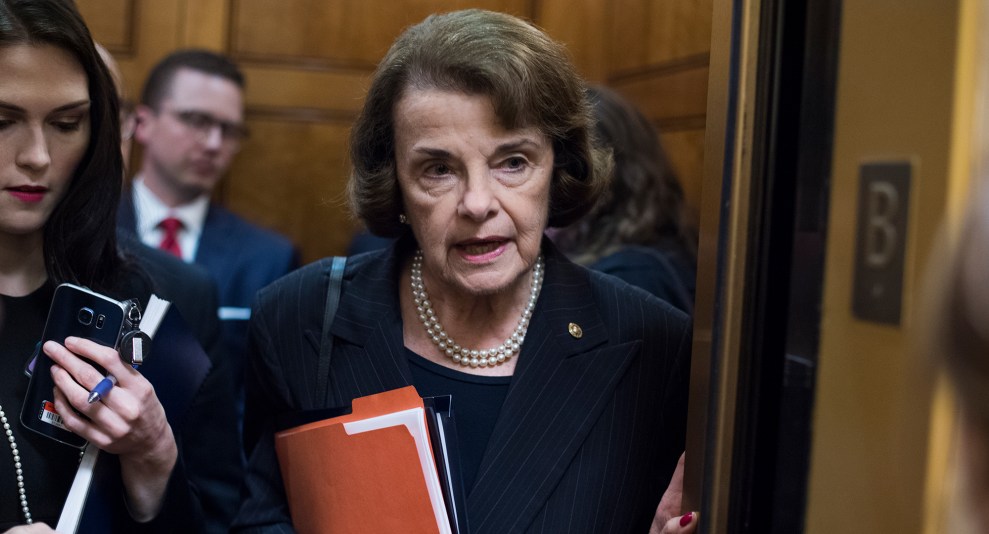 On Sunday, the top Democrat on the Senate Judiciary Committee, Dianne Feinstein (D-Calif.), called for the confirmation hearings for Supreme Court nominee Brett Kavanaugh to be halted while the FBI investigates allegations of sexual assault.

Feinstein’s statement came after The Washington Post published a detailed investigation featuring a first-hand account by California professor Christine Blasey Ford, who was speaking out for the first time since news of her confidential letter containing details of the alleged attack became public last week. Kavanaugh has denied the accusations.

Feinstein wrote that Ford’s allegations—which include being pinned down, groped, and silenced by Kavanaugh at a high school party—were “extremely serious and bear heavily on Judge Kavanaugh’s character.”

The FBI investigation “should happen before” the continuation of the confirmation process, she wrote:

.⁦@SenFeinstein⁩ calls the allegations against Kavanaugh “extremely serious and bear heavily on Judge Kavanaugh’s character.“ She says FBI investigation “should happen before the Senate moves forward on this nominee.” pic.twitter.com/wZjJcXThI5