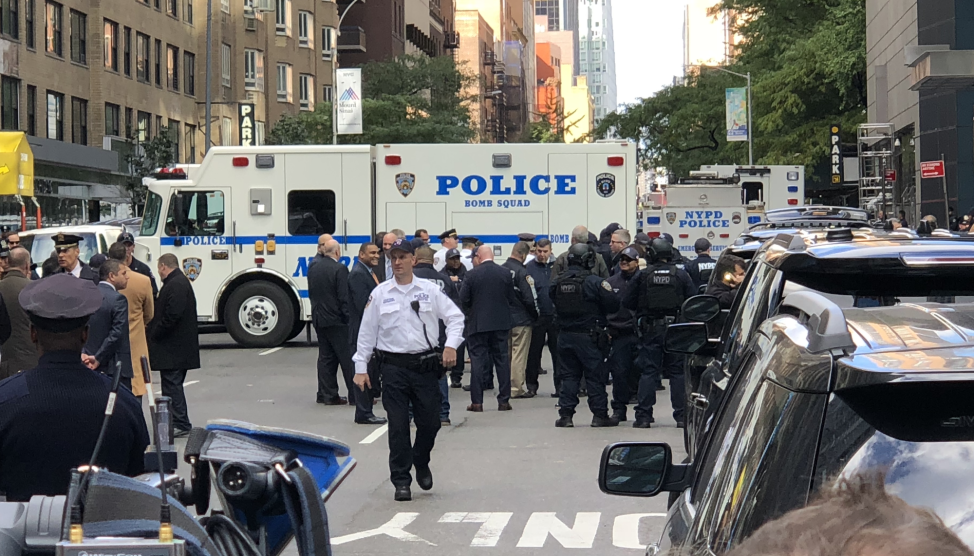 Amid a wave of suspicious packages sent to prominent Democrats and the New York offices of CNN this week, Fox Business anchor Lou Dobbs on Thursday claimed that the explosive devices found within them were “fake bombs” and implied the bomb scare was concocted by the media.

The tweet, which has since been deleted, also appeared to suggest the attempted bombings were designed to benefit Democrats in the fast-approaching November elections.

While other right-wingers have similarly put forth such baseless conspiracy theories in the wake of the attempted bombings, Dobbs, who is considered a favorite anchor of President Donald Trump, is one of the more prominent Trump loyalists to parrot the incendiary suggestion. According to one report, Trump’s admiration for Dobbs has even moved the president to patch him into Oval Office meetings on speakerphone.

In 2009, Dobbs claimed, without evidence, that gunfire near his New Jersey home was intended to target him for his conservative views. Law enforcement officials never reached the same conclusion, while Dobbs’ neighbors appeared to reject the theory. At the time, Dobbs worked at CNN.