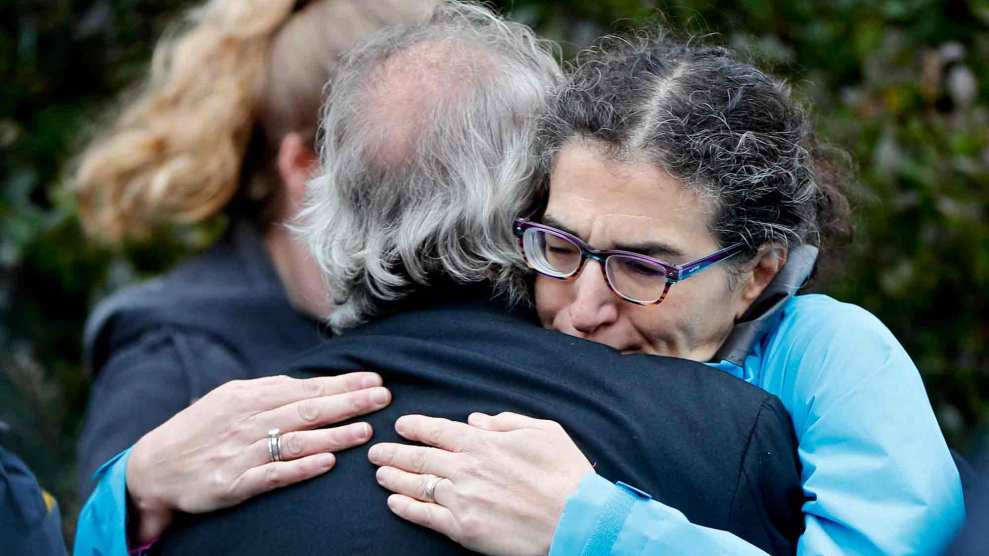 With 11 confirmed fatalities, Saturday’s armed assault on Pittsburgh’s Tree of Life synagogue has emerged as an unprecedented act of anti-Semitic violence.

The vast majority of the posts are anti-Semitic: “kike infestation,” “filthy EVIL jews.”

Law enforcement was quick to regard the shootings as a hate crime, leaving the FBI in charge of the investigation. At an afternoon press conference, Bob Jones, the special agent in charge of the FBI’s Pittsburgh office, stressed the victims had been targeted during worship and “brutally murdered simply because of their faith.”

“We believe this is the deadliest attack on the Jewish community in the history of the United States,” the Anti Defamation League wrote in a statement issued Saturday afternoon. While the ADL’s 2017 audit reported a record 57 percent increase in anti-Semitic incidents for the year, previous violent attacks documented by the organization feature, at most, a handful of fatalities.

Robert Bowers, the Pittsburgh area man who police say entered the congregation bearing an assault rifle and three hand guns, maintained a social media profile on the alt-right favored Gab-social network that, the ADL has documented, trafficked in anti-Semitic phrases and memes:

The vast majority of the posts are anti-Semitic in nature, using language like “Jews are the children of satan,” “kike infestation,” “filthy EVIL jews” and “Stop the Kikes then worry about the Muslims.” Other posts repeat standard white supremacist slogans, such as “Diversity means chasing down the last white person.”

…One of the most recent posts (possibly from Saturday morning), criticizes HIAS, the Hebrew Immigrant Aid Society, which has been instrumental in providing aid to refugees. It also echoes anti-immigration language about hordes of murderous “invaders.” “HIAS likes to bring invaders in that kill our people. I can’t sit by and watch my people get slaughtered. Screw your optics, I’m going in.”