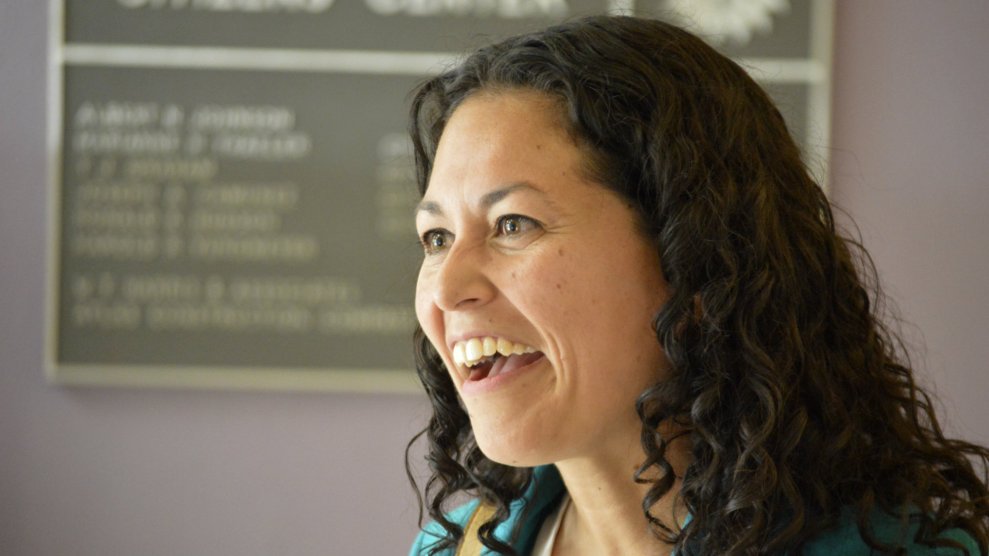 She will be the first woman to represent the district in its history and only the third Democrat in nearly 50 years.

“It would have been easy to give up on this process.”

Since clinching the Democratic nomination, Torres Small had closed the gap considerably in the race to replace Rep. Steve Pearce (R-N.M.), who did not seek reelection in order to mount an unsuccessful run to replace Republican Gov. Susana Martinez, who is prohibited by law from seeking a third consecutive term. Torres Small raised $3.7 million, more than three-times as much as Herrell, a four-term state representative whose unabashed support for Donald Trump put her at odds with the state’s more moderate Republican leadership.

In June, Martinez said “there are some questions with reference to [Herrell’s] ability to … represent New Mexico in a fair and reasonable way.” On her website, Herrell touted endorsements from the National Rifle Association and the far-right House Freedom Caucus. Her campaign’s two largest donations came from the Freedom Caucus’ political action committee and Yates Petroleum. In contrast, Torres Small’s biggest donors were EMILY’s List, an organization that supports female Democrats, and the University of California. Despite considerable support from the Democratic Congressional Campaign Committee, which offered resources and other support to Torres Small as a member of their “Red to Blue” list, she still trailed Herrell in every major poll up until Election Day.

After initially claiming victory on Tuesday night, Herrell’s campaign still has not conceded. “Last night, we heard from Xochitl Torres Small that it was extremely important that every vote be counted,” a spokesperson told the Las Cruces Sun News. “This campaign believes that should be the case and we look forward to seeing the results from all provisional ballots throughout the district.”

Among the many issues that divided the candidates during the campaign, few were more stark than public lands. Organ Mountains-Desert Peaks National Monument, which was designated in 2014, is immensely popular among the residents of Las Cruces. In a Facebook post shortly before winning the Democratic primary, Torres Small vowed to “protect” the monument from reducing in size. Interior Secretary Ryan Zinke put OMDP under review last year but ultimately spared it from any change in boundaries.

With her victory, Torres Small will become the first Democrat to represent New Mexico’s 2nd District since 2008, when businessman Harry Teague was elected in the Democratic wave that accompanied Barack Obama’s ascent to the White House. Outside of Teague’s two years in office, Republicans have controlled the district for the last three decades. But the 2nd District has produced some surprises. In 1980, residents elected a write-in candidate because the Republican incumbent died shortly after the deadline for the party to nominate another candidate. As Dede Feldman, a former state lawmaker once told Mother Jones and High Country News in an interview, “I think all bets are off with that district.”