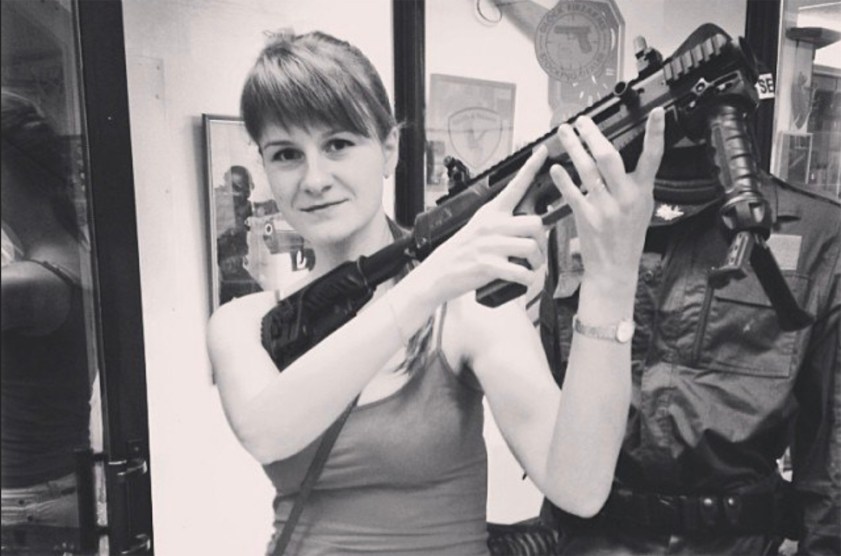 Confessed Russian agent Maria Butina claimed more than five years ago that her gun rights group had entered into a “signed cooperation agreement” with the National Rifle Association, according to a contemporaneous account of a talk Butina gave to an Israeli organization.

Butina, who pleaded guilty in federal court Thursday for her role in a wide-ranging conspiracy to covertly influence American politics, founded the Right to Bear Arms in Moscow in 2010 with support from high-ranking Russian official Alexander Torshin. Prosecutors detailed how Butina used her profile as a gun rights advocate to build a relationship with NRA officials and other influential political figures in the run-up to the 2016 election.

In October 2013, Butina traveled to Israel to meet with members of a relatively obscure gun rights group called the Association for the Promotion of Weapons Culture. In a Facebook post after her presentation, the APWC wrote in Hebrew that Butina told them the Right to Bear Arms had “signed cooperation agreements with neighboring countries and with the American NRA,” adding, “We are probably next in line :)”

Butina “was in a much better connection with NRA,” said a member of the Israeli gun group, “as they are a much stronger and richer organization than ours.”

The NRA would not confirm whether or not it had entered into a cooperation agreement with Butina’s group. “The NRA says it is not aware of any such agreement,” a spokesperson for the gun lobbying group said in an emailed statement.

Mother Jones and the Trace obtained the PowerPoint slides Butina used for the presentation, one of which explicitly cites cooperation agreements with similar groups in Kazakhstan, Ukraine, and Estonia—though it doesn’t mention the NRA or describe the agreements in any detail. “The organization places great emphasis on the exchange of experiences with organizations defending the rights of citizens to arms in other countries,” it states.

Another slide touts “cooperation” with the Texas-based International Defensive Pistol Association, which organizes shooting competitions with simulated self-defense scenarios. Joyce Wilson, executive director of the group, says Butina is not a current member and that IDPA has no affiliation with the Right to Bear Arms.

Individuals who attended Butina’s lecture in Israel confirm she discussed her cooperation with the NRA and other gun rights groups, but none could specifically recall whether she cited a formal agreement with the NRA.

“She had a slide about cooperation with other groups,” said then-APWC committee member Yigal Yaroslavski. “But what is cooperation? We were also in cooperation with them, but for us it only meant we took a poster from them and changed the text so it’ll fit us. I think she was in a much better connection with NRA, as they are a much stronger and richer organization than ours.”

Lior Nadivi, another APWC official, hosted Butina for dinner during her visit. “I have no clue which agreement they signed with the NRA,” he said. “I just know that when she was here she said she is invited to their annual conference…But what was the content of their relationship? That I don’t know.”

An attorney for Butina, Robert Driscoll, declined to comment.

Butina was previously known to have mingled with NRA leadership both in the United States and in Moscow. She attended the NRA annual conference at least as far back as 2014, when she traveled to Indianapolis that April along with Torshin, who himself attended every NRA annual conference from 2011 to 2016. But a formal agreement with the NRA itself would represent a stronger link than previously known between the Russian operatives and the American gun lobbying group.

It would also be the earliest known link between the two. Butina’s first previously known contact with NRA officials occurred in Moscow in November 2013, roughly two weeks after the Israel speech, when NRA board member and past president David Keene attended the second annual meeting of the Right to Bear Arms. Longtime Keene associate Paul Erickson also attended that meeting, and became romantically involved with Butina. Prosecutors say Butina enlisted Erickson in her conspiracy, and he has reportedly been notified that he is the target of a federal investigation into foreign influence.