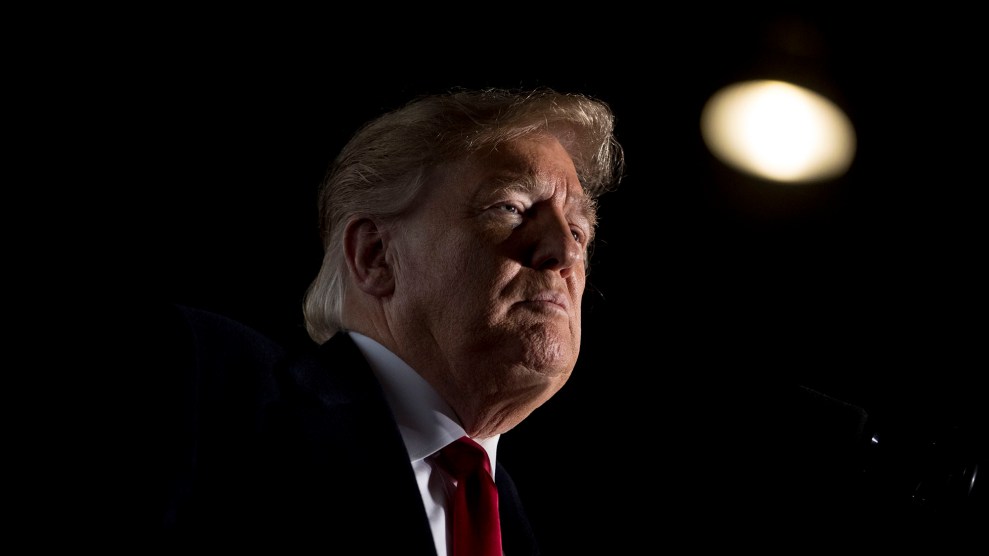 Homeland Security Secretary Kirstjen Nielsen on Thursday announced that asylum-seekers who arrive at the US-Mexico border will be forced to wait in Mexico while their cases are decided, a process that can take years. The plan is the most aggressive step yet in the Trump administration’s ongoing crackdown on people fleeing persecution. Immigrant rights advocates quickly denounced the move, calling it unlawful.

Under the new policy, asylum-seekers who are made to wait in Mexico would only be allowed into the United States if they are granted asylum by a US immigration judge. The plan will impact both asylum-seekers who cross the border without authorization and those who request asylum at official ports of entry, which Nielsen has urged asylum-seekers to do.

“I can’t overstate the significance of these developments.”

Nielsen said in a statement that “‘Catch and release’ will be replaced with ‘catch and return,’” referring to the derisive label for the current practice of releasing migrants from detention while they await their court dates. The policy will apply only to non-Mexican migrants—mostly from Central America—who enter Mexico and then seek asylum or other forms of protection in the United States. Mexicans will still be allowed to wait in the United States while they seek protection. The changes will also not apply to unaccompanied children who arrive at the border; they will still be allowed to enter the United States (though they are often forced to wait at ports of entry for extended periods).

“I can’t overstate the significance of these developments,” Nielsen said while testifying before the House Judiciary Committee on Thursday morning.

The announcement solidifies the “Remain in Mexico” agreement that the Trump administration has been pushing the administration of Mexico’s new president, Andrés Manuel López Obrador, to accept. Mexico’s foreign ministry said in a statement Thursday that it would let some people stay in Mexico “so that they can wait here for the development of their immigration process in the United States.”

The Trump administration has long pushed for a “Safe Third Country” agreement that would force asylum-seekers who pass through Mexico on their way to the United States to instead apply for protection in Mexico. Mexico has not agreed to do that, but the new plan is still a historic limitation on migrants’ ability to seek refuge in the United States.

DHS said in a statement that migrants will have access to US immigration attorneys while they wait in Mexico. But is not clear how that would work; it is already difficult for migrants to access legal aid from within the United States.

The agreement comes in response to record numbers of Central American families crossing the border and coming to official ports of entry. More than 107,000 members of migrant family units were taken into government custody in the 2018 fiscal year, which ended in September. As Mother Jones reported, that was up from the previous record of 77,857, set in 2016.

The new asylum plan will almost certainly be challenged in court. Lee Gelernt, an attorney with the American Civil Liberties Union, called it illegal. “This plan cannot be done lawfully and will result in countless people in life-threatening situations,” he said, according to the Associated Press.

On Wednesday, federal judges ruled against two other parts of the Trump administration’s systematic crackdown on asylum-seekers, blocking a rule that sought to make migrants who cross the border illegally ineligible for asylum and overturning policy guidance that would make it easier to quickly deport people fleeing gang and domestic violence.

Under the agreement, non-Mexican asylum-seekers would receive visas from the Mexican government while they wait for their cases to be decided. There is currently a backlog of more than 800,000 cases in US immigration courts—a situation that leads to months or yearslong waits for cases to be decided. The new plan will take effect immediately and be implemented across the southwest border in the coming days, DHS officials told reporters Thursday.

Mexican cities along the US border have high murder rates, and human rights advocates generally do not consider them to be safe places for migrants to wait. Two teenagers from Honduras were murdered in Tijuana, Mexico, this weekend while reportedly moving between migrant shelters as they waited to request asylum in the United States.