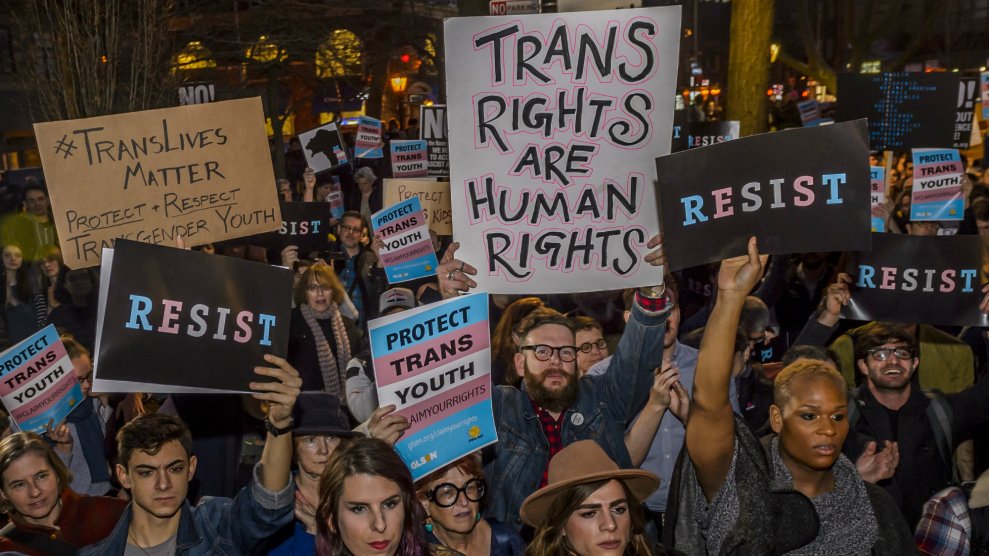 The Supreme Court permitted the Trump administration’s ban on transgender members of the armed services to move forward. In a 5-4 ruling Tuesday morning, the Supreme Court allowed the government to proceed with the controversial directive while the court considers whether it will formally review its legality. Justices Elena Kagan, Stephen Breyer, Ruth Bader Ginsburg, and Sonia Sotomayor voted against the decision.

The ban has been a source of confusion since President Donald Trump tweeted the surprising announcement six months after taking office, blindsiding Pentagon press officials and inciting outrage from advocates of LGBTQ rights. Trump’s initial order barred transgender people from serving “in any capacity in the U.S. military,” but Defense Department officials ended up allowing for several exceptions, including for hundreds of trans service members already serving openly.

She added, “We will continue to work with the Department of Justice regarding next steps in the pending lawsuits.”

Lambda Legal Counsel Peter Renn called the Supreme Court’s decision “perplexing to say the least” in an interview with the Washington Post. “For more than 30 months, transgender troops have been serving our country openly with valor and distinction, but now the rug has been ripped out from under them, once again,” he said.

Since its formal unveiling, the Trump administration’s policy has been mired in federal litigation. The district court in Washington, DC, had initially blocked the administration from moving forward with the policy change, citing the likelihood of its reversal on discrimination grounds. That order was vacated by the DC appellate court in January, which handed the White House a “provisional victory,” the New York Times reported, but kept the order in legal limbo.

A different federal case in Maryland, which concerns Trump’s original full ban—not the refined version set into motion by the Pentagon—also resulted in a preliminary injunction, which the Pentagon said will block implementation of the order for now. The ACLU, which helped litigate the case in Maryland against the government, reiterated on Twitter that the nationwide block from their case remains in place. “Our case and the injunction we won are NOT impacted,” the group stated.