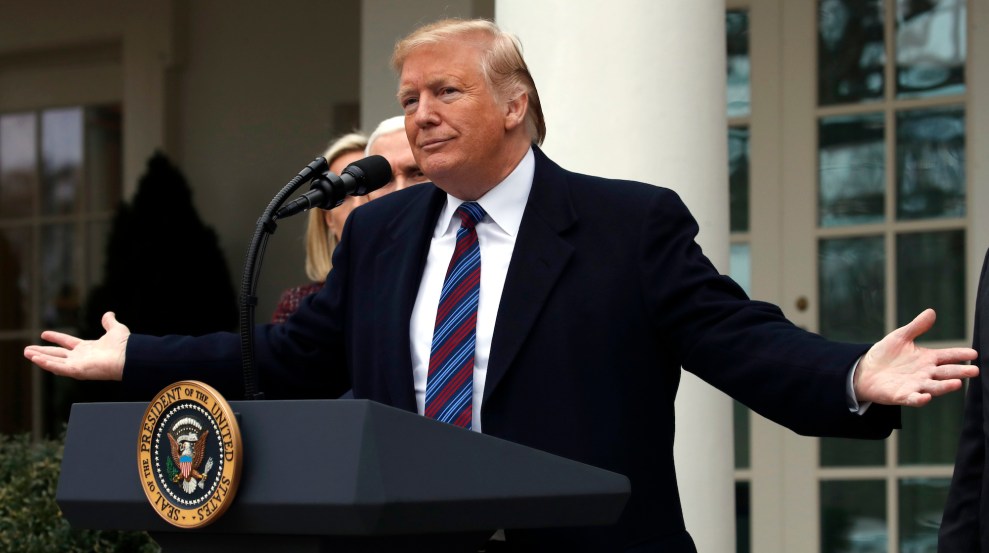 President Donald Trump confirmed that he threatened Senate Minority Leader Chuck Schumer to continue the partial government shutdown, now in its 14th day, for “months or even years” if Democrats did not agree to appropriate more than $5 billion for his proposed border wall.

“I did, I did,” Trump said during a press conference from the White House Rose Garden on Friday. “I did say that, absolutely I said that. I don’t think it will, but I am prepared.”

The president’s acknowledgment of the bold threat came shortly after congressional leaders met at the White House to discuss an end to the partial shutdown that has left nearly 800,000 federal workers furloughed or working without pay.

“We told the president we needed the government open,” Schumer told reporters following the discussions. “He resisted. In fact, he said he’d keep the government closed for a very long period of time, months or even years.”

But Trump on Friday struck a decidedly optimistic tone after the meeting, claiming that the latest round of negotiations had been productive. That characterization, which Republican leaders echoed during their turns at the Rose Garden lectern on Friday, immediately rang hollow when the president confirmed he had issued the threat to Schumer earlier in the afternoon.

Senate Majority Leader Mitch McConnell, who was present for the White House meeting earlier on Friday, was notably absent from the Rose Garden.

Later in the press conference, Trump encouraged landlords of federal workers affected by the shutdown to “be nice and easy” about tenants’ potential difficulties paying rent on time.