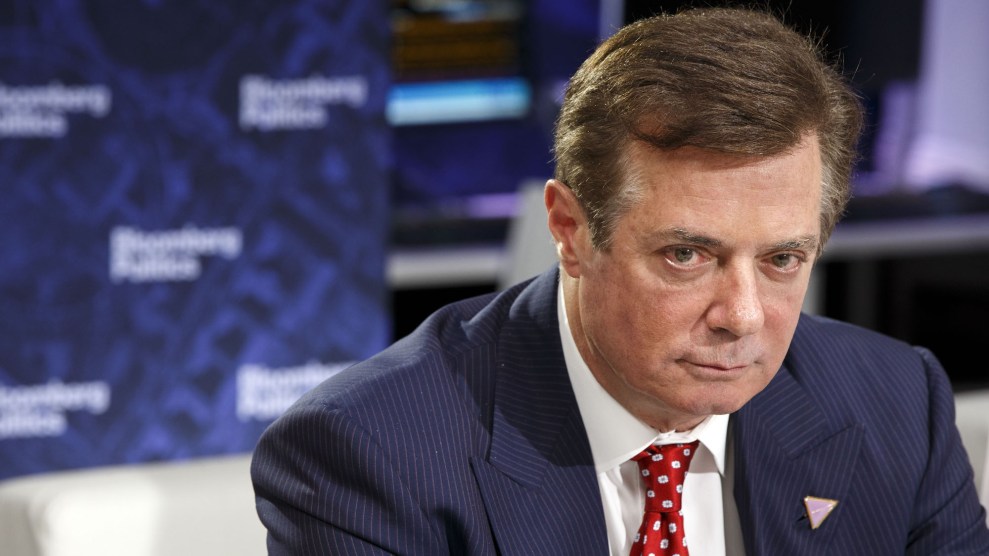 In a lengthy sentencing memo released Saturday, Special Counsel Robert Mueller recommended that former Trump campaign chairman Paul Manafort face around 20 years in prison for committing “an array of felonies for over a decade.”

Prosecutors asked US District Court Judge Amy Berman Jackson to throw the book at Manafort, whose crimes, they say, “remarkably, went unabated even after his indictment.” Their conclusions, while expected, are devastating for Manafort, who blew his chance for a reduced sentence by violating a cooperation agreement with Mueller by constantly lying to prosecutors. Mueller’s team has contended that Manafort misled them in hopes of winning a pardon from President Donald Trump.

“Manafort chose repeatedly and knowingly to violate the law—whether the laws proscribed garden-variety crimes such as tax fraud, money laundering, obstruction of justice, and bank fraud, or more esoteric laws that he nevertheless was intimately familiar with, such as the Foreign Agents Registration Act,” the memo says. “His criminal actions were bold, some of which were committed while under a spotlight due to his work as the campaign chairman and, later, while he was on bail from this Court.”

Prosecutors are asking Jackson to adhere to sentencing guidelines that call for a prison term of 17 to 21 years for the 69-year old defendant. “Manafort presents many aggravating sentencing factors and no warranted mitigating factors,” the memo states, adding, “Upon release from jail, Manafort presents a grave risk of recidivism.” A federal judge in Virginia is set to sentence Manafort on March 8 for separate tax and bank fraud charges on which he was convicted in August.

In arguing that he had violated his cooperation deal, prosecutors outlined contacts during and after the 2016 presidential campaign between Manafort and his longtime Ukrainian associate Konstan Kilimnik. According to earlier filings, the FBI has concluded that Kilimnik associated with the Russian intelligence unit that hacked and leaked Democratic emails in 2016 in a bid to help elect Trump. In a hearing earlier this month, prosecutors revealed that during a secretive August 2, 2016 meeting in New York, Manafort shared detailed Trump campaign polling data with Kilmnik and talked with him about a Kremlin-backed peace plan for Ukraine that is believed to have involved the US dropping sanctions imposed on Russia in 2014. Manafort and Kilimnik continued to discuss the plan throughout 2018, according to a transcript of that hearing.

Manafort’s sentencing memo does not elaborate on those contacts, which prosecutors have previously said went to the heart of their investigation into Trump campaign contacts with Russia. Further details on Manfort’s dealings with Kilimnik— a Russian intelligence associate who is also linked to Oleg Deripaska, an aluminum magnate close to Russian President Vladimir Putin—and how much Trump and other campaign officials knew about them may still emerge in a final report Mueller is likely to send to Attorney General William Barr in the coming weeks.