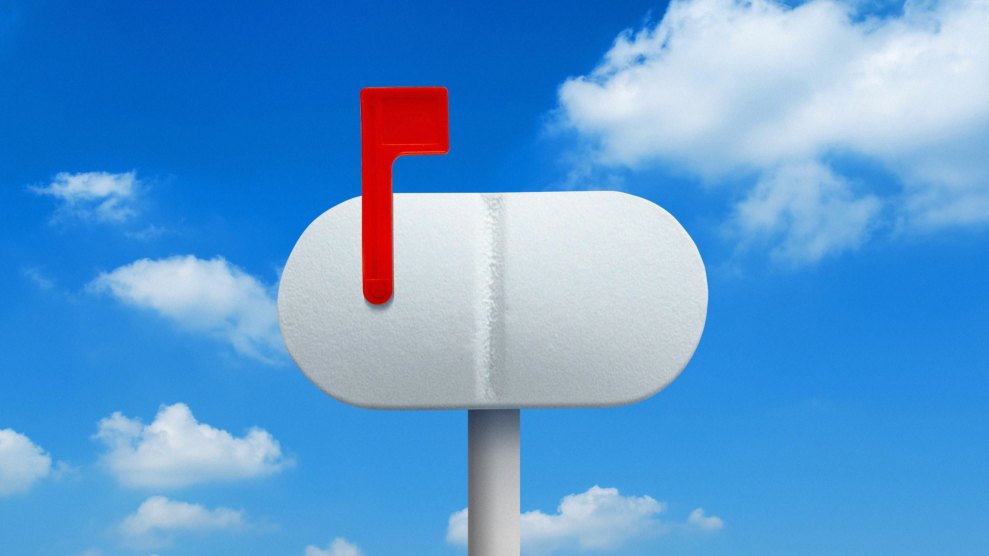 For two years, before she headed off to her full-time job as a web developer, or after she put her daughter to bed at night, Ursula Wing ran a business selling abortion pills from the bedroom of her New York City apartment. The 40-year-old single mother would fill orders that had been submitted through her website, dropping a piece of inexpensive jewelry into a mailer with a return address for “Fatima’s Bead Basket.” Hidden behind a panel taped inside were one tablet of mifepristone and four tablets of misoprostol.

Unlike many people involved in the underground movement to help women defy increasingly limited access to abortion providers, Wing did not originally think of herself as an activist. She began this work because she needed money to pay legal fees during a protracted custody dispute with her former partner. She knew there was a need out there. In 2012 she had written on her blog, the Macrobiotic Stoner, about terminating her own pregnancy with pills she’d bought online, and women regularly posted comments asking for help to do the same. So in May 2016, Wing launched a “secret bodega” page, where customers could buy a medication abortion kit, no consultation or prescription needed, for $85 with exped­ited shipping. Over the next two years, she would serve more than 2,000 customers.

Wing told no one about her entry into the global network of unregulated suppliers of abortion medications. She posted a link to the store in the comments section of her blog but otherwise did not advertise. “I did not want to be found too easily,” she says. “And I know that any woman who was online looking for this stuff—she will read through the 40th page of Google results until she finds what she’s looking for.”

“It started changing into something political. I felt very obligated.”

In 2000, the Food and Drug Administration approved mifepristone, making reliable pregnancy termination by pills a reality. A medication abortion typically involves taking mifepristone followed by misoprostol within a two-day period. As of 2014, the two-drug method was used in nearly 45 percent of abortions initiated in clinics within the first nine weeks of gestation. Self-induced abortion is banned in seven states, and mifepristone is strictly regulated by the FDA. It may be distributed only in a clinical setting by a certified provider.

As access to abortion clinics shrinks and the future of reproductive rights seems precarious in the Kavanaugh era, interest in self-induced abortion is growing. For many women, clinics are too far away or too expensive. Others see self-managed abortion as a better choice: cheaper, private, and—despite what anti-abortion advocates claim—generally safe. Several studies, including large systematic reviews, have found that serious complications from medication abortion are uncommon, and researchers have found no unusual outcomes for women who use mail-order pills.

Abortion pills are widely available online, yet buyers must first navigate a confusing array of offshore pharmacies. Until recently, reproductive rights groups that ship the pills to women worldwide wouldn’t serve the United States, where a lawsuit from the deep-pocketed anti-abortion movement could put their operations at risk. And as researchers at the University of Texas-Austin reported last year, women worry that pills ordered from overseas pharmacies, if they arrive at all, could be fake or unsafe. In 2017, Plan C, a group that provides information on self-managed abortion, conducted a “mystery shopper” exercise, rating 11 suppliers on cost, shipping time, and the quality of the drugs provided. The Macrobiotic Stoner performed best of all.

Wing’s abortion kits were cheap—some offshore suppliers charge $350 or more—though Wing says she marked up the pills she bought in bulk from India by 100 percent. “It seemed like enough,” she says, when asked why she didn’t charge more. Her packages arrived within a few days; other sites could take more than two weeks. Plan C co-founder Elisa Wells says Wing’s service was different in other ways, too. Wing responded personally to customer emails, and the comments section of her website offered a place for women to find support. “She appeared to be a woman helping other women, and not a commercial enterprise,” Wells says.

After Plan C’s report card was published, Wing says her weekly orders jumped from a handful to 60 or more. While filling them, she corresponded with many more women—a teenager afraid to tell her parents she was pregnant, a woman hiding her abortion from an abusive partner, another who wrote that she wore the necklace included in her package to remind her of what she had been through. One woman, Wing recalled, told her she was doing “God’s work.” Wing had thought hers was one in “a sea of websites offering this,” but she came to see just how few options the women who contacted her had. “It started changing into something political,” she says. “I felt very obligated.”

Then, in April 2018, PayPal notified Wing that it was cutting her off for violating its policies. She rerouted payments through another site. One morning two months later, Wing and her roommate were getting their children ready for school when there was a knock on their apartment door. Her roommate looked through the peephole and saw FDA agents lined up in the hallway. One of them presented a badge and a search warrant citing suspected violations related to inappropriate dispensing of prescription drugs and the distribution of “misbranded” drugs using the mail.

Among people providing access to self-managed abortion, there is some tension between those who aim to serve women in need without drawing attention and those who want to stir things up.

Wing’s roommate took the children to school while about eight agents searched the apartment. They seized Wing’s computer and phones, her daughter’s iPad, boxes of medications, and a dozen orders ready to be shipped. Wing was not arrested. After they left, she sat in her room letting the gravity of the situation sink in. Then she got to work, contacting lawyers and buying new phones. She set up emergency child care for her daughter in case she was arrested without warning. She started telling her closest friends what had happened. And she watched as women—some desperate—commented on her blog asking where the bodega had gone.

For weeks and then months, she waited for charges to drop. An attorney told her that the FDA learned about her business when a Wisconsin man named Jeffrey Smith was arrested in February 2018 for allegedly slipping mifepristone into the drink of a woman who was pregnant with their child. Smith had twice ordered packages from Wing’s site, according to police documents. He has pleaded not guilty to attempted first-degree homicide of an unborn child. Wing is still waiting to be indicted.

It’s not clear how her case will proceed because there is little precedent for it. A New Jersey man was indicted in 2015 for importing and distributing prescription drugs, primarily erectile dysfunction pills but also mifepristone and misoprostol, but he died before the case was resolved. In 2010, a Virginia doctor who bought pills from a Chinese distributor to send to a family planning clinic in Mexico was sentenced to a one-year probation and fined $1,000. An FDA spokesman said the agency does not comment on possible criminal investigations.

While Wing waits, activists continue to work to expand access to self-induced abortion in the United States. Early last year, the site AidAccess.org began offering information about DIY abortion and prescriptions for pills shipped by a pharmacy in India. The site is run by Dr. Rebecca Gomperts, the founder of a nonprofit that sends pills to women in countries where abortion is mostly illegal. The new site, she says, lets her serve American women “in a way that I feel safe” by prescribing pills under her Austrian medical license. She is aware of but not deterred by the possibility of legal action in the United States. “Unjust laws should not be respected,” she says. The FDA has said it is evaluating whether Aid Access violates federal law.

Among people advocating or providing access to self-managed abortion, there is some tension between those who aim to serve women in need without drawing attention and those who want to stir things up. Wing has found herself unexpectedly in the latter group. She was glad to go on quietly undermining the law, providing pills to customers who came across her website. Now, against her own attorney’s advice, she’s speaking out. “I want some copycats,” she says. “There’s not enough people doing this.”