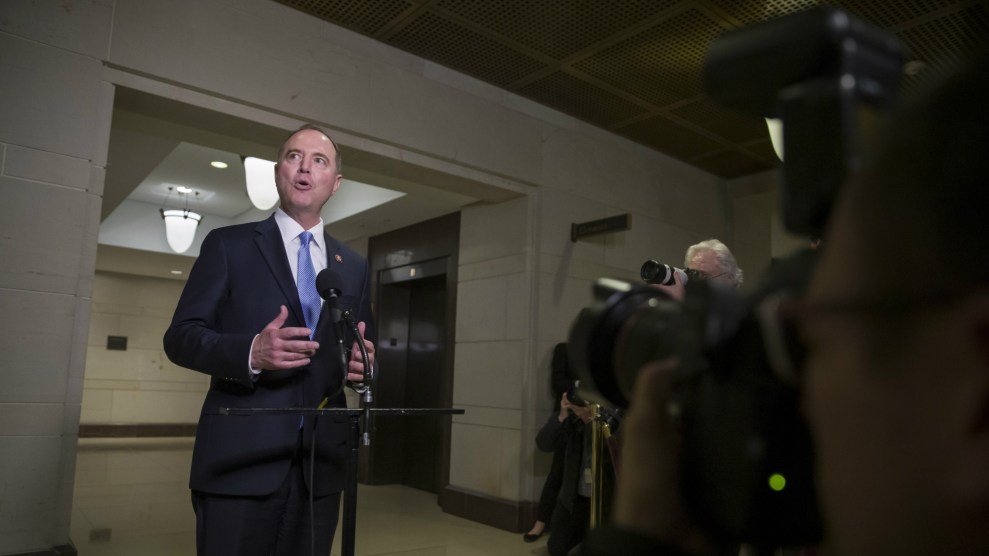 It’s not yet clear how much of Robert Mueller’s final report the Trump administration will allow to be released, but House Intelligence Committee Chairman Adam Schiff (D-Calif.) said Friday night that he wants Congress to see more than just the report. Schiff said he would use subpoena power to make sure that all of the evidence Mueller collected—which may be far more revelatory than the basic report that was turned over to the Justice Department Friday evening—is released.

The report likely focuses on Mueller’s decisions on whether to prosecute people for breaking laws, Schiff said in a statement on Twitter, but the underlying evidence may be valuable as well because it would show whether President Donald Trump, or anyone else in his administration, was compromised, even if they themselves broke no laws.

Mueller’s investigation began as a counterintelligence inquiry into whether individuals associated with the Trump campaign were compromised by a foreign power.

By law, that evidence he uncovered must be shared with our Committee.

And his report must also be made public. Now. pic.twitter.com/AAMsFjhZM7

In an interview on CNN, Schiff said that during the last Congress, the Justice Department turned over 880,000 pages of evidence from the Hillary Clinton email investigation, even though no one was ever indicted. Mueller’s special counsel investigation has already led to 37 indictments, though the final report reportedly does not recommend any additional ones.

“We need to point out to the department it would be establishing a horrendous double standard,” Schiff said.

If the department does not release the report and underlying evidence, Schiff said Democrats would use their authority as the majority party in the House of Representatives to compel the release of Mueller’s findings.

“It should cooperate willingly, but if it doesn’t, we will have to subpoena the evidence, subpoena Mueller or others,” Schiff told CNN.