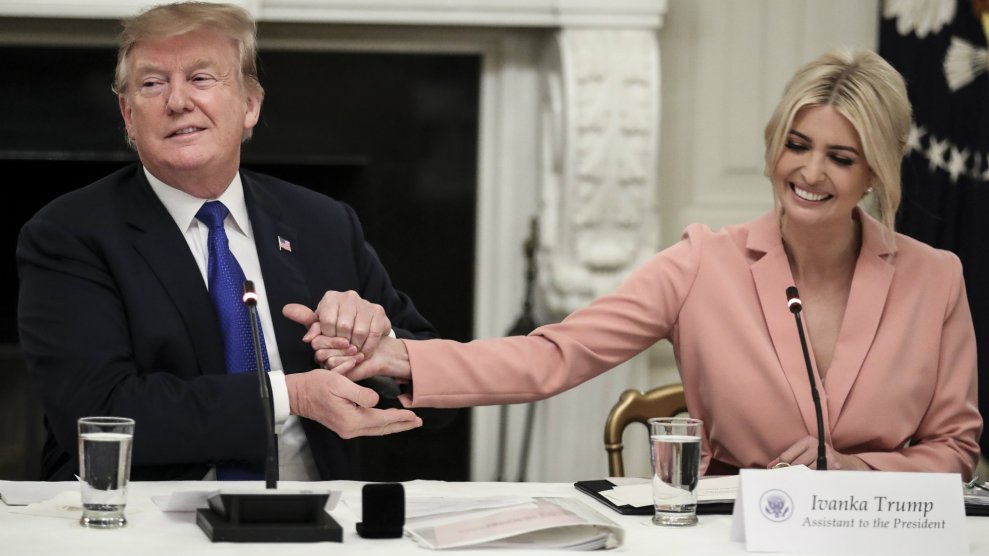 The Associated Press is reporting that the 2020 Trump budget will include $100 million for the Women’s Global Development and Prosperity Initiative, a government project that was launched last month with Ivanka Trump, the president’s eldest daughter and adviser, in charge.

On International Women’s Day, Ivanka announced the proposed financial commitment and told the Associated Press that the initiative was “working towards our goal of economically empowering 50 million women in developing countries by 2025.”

As we celebrate women worldwide, W-GDP is working to economically empower at least 50 million women in developing countries by 2025.

Last month, Ivanka announced the creation of the program and outlined its three goals: providing women with the education and skills they need to secure jobs, helping them own successful businesses and breaking down legal, regulatory, and cultural barriers that keep them out of the workforce.

Notably, the funding for Ivanka’s program will come through the US.Agency for International Development. In the past, Trump attempted to slash USAID’s budget by thirty-one percent.  The full details of Trump’s budget will be announced on Monday.