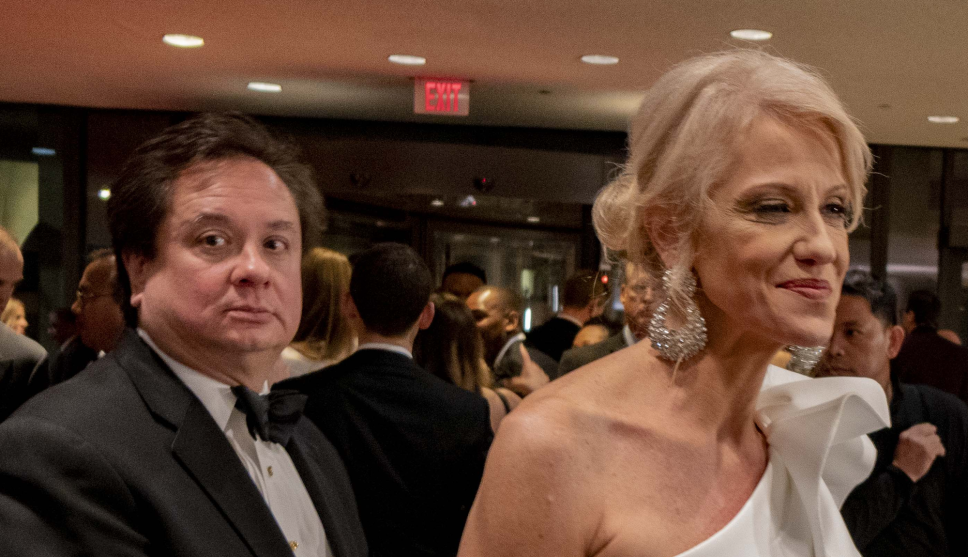 President Donald Trump lashed out at George Conway on Tuesday, calling the prominent conservative lawyer and husband of White House counselor Kellyanne Conway a “total loser” after Conway questioned Trump’s mental health in a series of social media posts over the past few days.

Trump retweeted his campaign manager Brad Parscale’s claim that Conway’s ongoing attacks were a form of retaliation for being turned down for a position to lead the Justice Department’s civil division. In June 2017, Conway said he withdrew himself from consideration for the post and told Yahoo News months later that he did so because he had viewed the Trump administration as a “shitshow in a dumpster fire.”

Conway on Tuesday responded to Trump’s insult with glee, sarcastically congratulating the president for boosting his tweets about the president’s supposed mental deterioration.

Congratulations! You just guaranteed that millions of more people are going to learn about narcissistic personality disorder and malignant narcissism! Great job! https://t.co/Dk9bI3sBs7

The traded barbs come one day after Kellyanne Conway said she did not share her husband’s concern about Trump’s mental fitness.