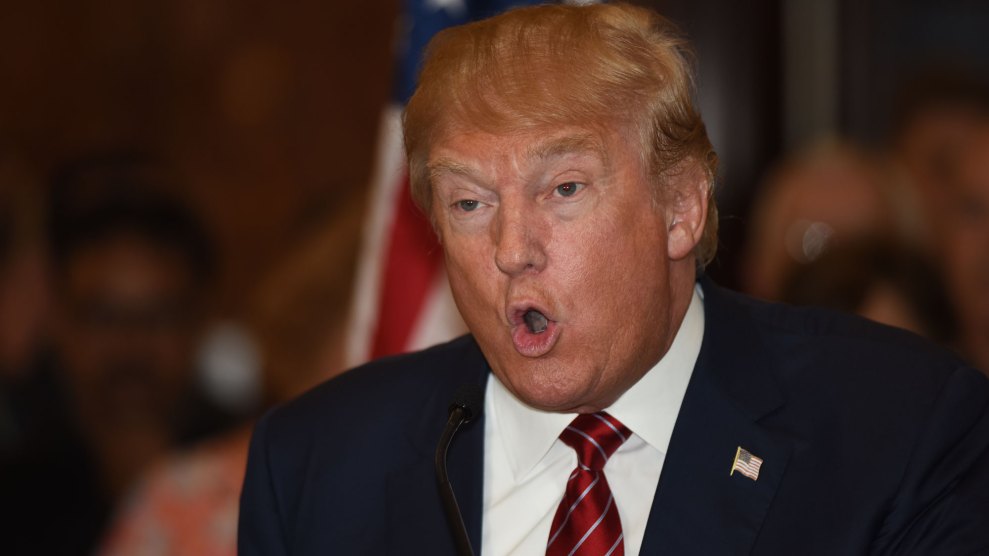 Imitation may be the greatest form of flattery, but President Donald Trump isn’t in the habit of paying respects to his forebears.

The press is doing everything within their power to fight the magnificence of the phrase, MAKE AMERICA GREAT AGAIN! They can’t stand the fact that this Administration has done more than virtually any other Administration in its first 2yrs. They are truly the ENEMY OF THE PEOPLE!

No one is debating the “magnificence” of the president’s catchphrase. We’re just saying he didn’t coin it. Ronald Reagan used the phrase “let’s make America great again” in his 1980 presidential campaign. “But he didn’t trademark it,” the Washington Post quotes Trump as saying. A regular businessman, Trump trademarked the phrase in 2012. “I think I’m somebody that understands marketing,” he said.

So, no, “Make America Great Again” was not “made up by” Trump. The only thing that was made up by him was the notion that he invented the phrase.