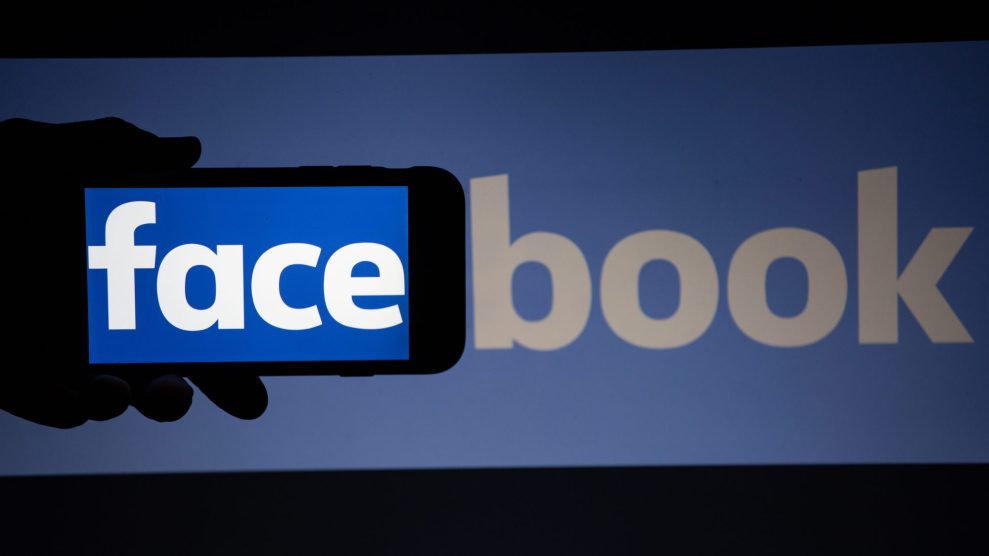 On Thursday afternoon, Facebook revealed plans to ban several extremist figures, including Alex Jones, Milo Yiannopoulos, and Laura Loomer from Facebook and Instagram, citing company policies barring dangerous individuals and organizations. But a variety of accounts seemingly covered by the ban persisted for hours after the company made its plans known, once again highlighting the social media giant’s struggle to reduce the presence of hate on its platform.

“We’ve always banned individuals or organizations that promote or engage in violence and hate, regardless of ideology,” a Facebook spokesperson wrote to Mother Jones in an email. “The process for evaluating potential violators is extensive and it is what led us to our decision to remove these accounts today.”

According to a Facebook spokesperson, one factor in labeling the accounts as “dangerous actors” was their open support and affiliation with other accounts Facebook had banned, including Proud Boys founder Gavin McInnes and English anti-Muslim extremist Tommy Robinson.

Facebook disclosed its intentions in a call with media outlets who had agreed to an embargo restricting when they could first report the information. But up to an hour after the embargo broke, several accounts in question were still up on Instagram, which allowed at least two of the banned figures to redirect their followers to other platforms where they still maintain a presence. Right-wing activist Laura Loomer posted twice to her Instagram, giving followers instructions to follow her on Telegram.

Laura Loomer is now directing fans to her Telegram on her supposedly banned Instagram. pic.twitter.com/Vw7iOmlIu3

A Facebook spokesperson attributed the delay to a technical error.

The company also promised a new crackdown on InfoWars content, which comes a full nine months after Facebook initially said it was banning the conspiracy outlet’s page. That attempt left notable gaps: a number of pages with similar names persisted promoting both Alex Jones, the company’s founder, and InfoWars content. As of the time of publication, a wide variety of such pages were still in operation.

The company plans changes beyond the users’ personal accounts. Compared to earlier, narrower bans, Facebook now says that it will also remove any Facebook pages, groups, or accounts set up to promote their work or events. It also says any InfoWars content shared will be removed, and accounts that repeatedly violate the policy will be banned. Both platforms intend to ban videos and audio of Jones and InfoWars—content that has so far remained relatively accessible.

While it remains to be seen how Facebook will enforce the new policies, activists see the change as an important, if belated, step in the right direction.

“It’s a welcome but long overdue step in the right direction that Facebook has now taken definitive action against some of the most glaring examples of toxicity on its platforms,” wrote Media Matters’ Cristina López G. in a blog post outlining potential next steps for the company.