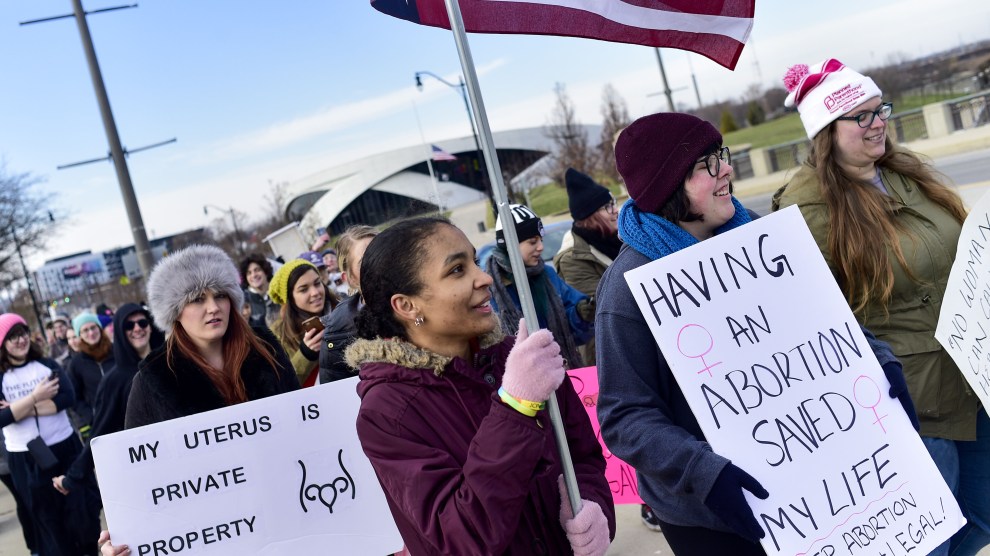 The Missouri state Senate on Thursday approved a bill that would ban abortion after eight weeks of gestation with no exceptions for rape or incest—the latest in a series of conservative-dominated states to advance restrictive abortion legislation intended to challenge Roe v. Wade, the 1973 Supreme Court decision that affirms the right to an abortion.

The Republican-controlled Senate approved the bill 24-10, according to the Associated Press. If the bill passes in the majority-Republican House, Gov. Mike Parson (R) is expected to sign it into law.

The Missouri bill makes exceptions only for medical emergencies. Lawmakers’ decision not to include a rape exception is particularly striking given that Missouri is the home of former US Representative Todd Akin, who, during his failed 2012 Senate campaign, infamously responded to a question about allowing abortion in cases of rape by saying, “If it’s a legitimate rape, the female body has ways to try to shut that whole thing down.”

Other states, such as Ohio and Georgia, have enacted laws banning abortion after a fetal heartbeat is detected—usually at around six weeks’ gestation, before many women know they are pregnant. On Wednesday, Alabama outlawed abortion altogether.