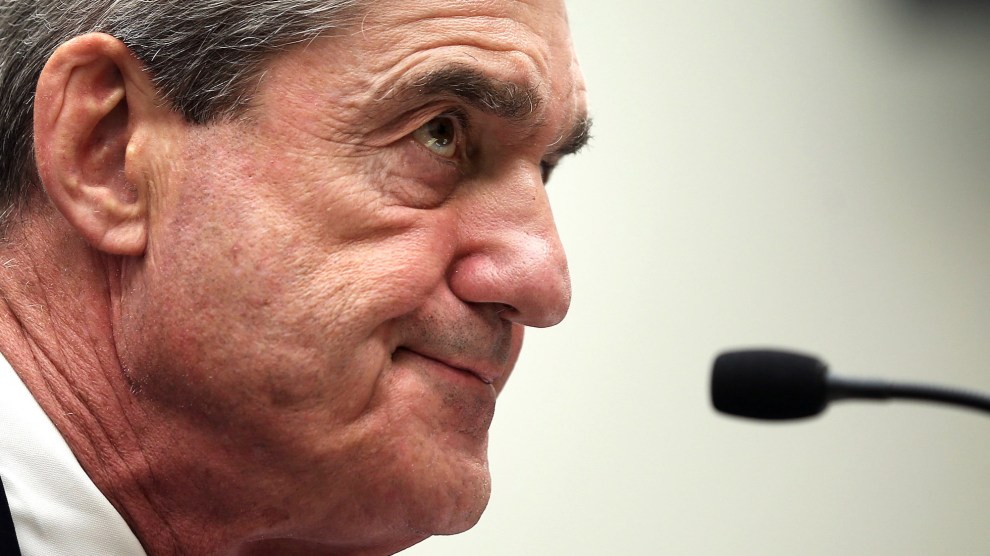 In his first public remarks since his appointment as special counsel, Robert Mueller said Wednesday that his investigation did not clear President Donald Trump of obstructing justice and noted that Mueller had accepted the long-standing Justice Department policy that a sitting president cannot be indicted on federal charges. He also stated that his investigation did not establish the existence of a criminal conspiracy involving Trump associates related to Russia’s attack on the 2016 election, but he did not back up Trump’s “no collusion” claim. In this rare appearance, Mueller also announced his resignation as special counsel and the closure of his office.

“If we had had confidence the president clearly did not commit a crime, we would have said so,” Mueller said in a brief news conference at the Justice Department. Mueller said that he believed it would be unfair to accuse Trump of obstruction of justice because of a department policy that bars indicting a sitting a president. This statement repudiated a claim by Attorney General William Barr, who said in a March letter that Mueller’s decision not to accuse Trump of obstruction was not related to the department policy.

Mueller’s comments were immediately interpreted as a message to Congress: It’s up to you to decide if Trump committed obstruction of justice.

“Given that Special Counsel Mueller was unable to pursue criminal charges against the President, it falls to Congress to respond to the crimes, lies and other wrongdoing of President Trump—and we will do so,” House Judiciary Chair Jerrold Nadler (D-N.Y.) said in a statement following Mueller’s comments. “No one, not even the President of the United States, is above the law.”

Mueller, who formerly headed the FBI, also emphasized that efforts to impede his investigation were serious crimes. “When a subject of an investigation obstructs that investigation or lies to investigators, it strikes at the core of their government’s effort to find the truth and hold wrongdoers accountable,” he said.

He outlined efforts by Russian intelligence to interfere in the 2016 campaign and emphasized the importance of that finding. “There were multiple systematic efforts to interfere in our election, and that allegation deserves the attention of every American,” he said. This remark could be read as a dig at Trump, who has refused to fully acknowledge Moscow’s attack on the 2016 election.

Mueller said less about alleged efforts by the Trump campaign to coordinate with the Russians. “There was insufficient evidence to charge a broader conspiracy,” he explained.

The report said “the investigation established that the Russian government perceived it would benefit from a Trump presidency and worked to secure that outcome” and that the Trump campaign “expected it would benefit electorally from information stolen and released through Russian efforts.” But it added that investigators “did not establish that members of the Trump campaign conspired or coordinated with the Russian government in its election interference activities.” The report also laid out 10 instances in which Trump may have obstructed justice in his efforts to block the investigation but not state a conclusion as to whether the president had broken the law.

Wednesday’s statement, which Mueller issued without taking questions, came amid efforts by Democrats in the House of Representatives to secure his public testimony about his report, a redacted version of which was released by the Justice Department in April.

Nadler said last week that Mueller hopes to testify before the committee behind closed doors, with a transcript later available to the public. “He’s willing to make an opening statement, but he wants to testify in private,” Nadler (D-N.Y.) said on MSNBC.

Many Democrats believe that Mueller’s hesitance to speak up has allowed Trump and Barr to mislead Americans about the content of the report. Mueller made his reluctance to testify clear Wednesday, though he did not flatly refuse. He said his testimony would “not provide information beyond that which is already public.”

“Beyond what I have said here and what is contained in our written work,” Mueller said, “I do not believe it appropriate for me to speak further.”