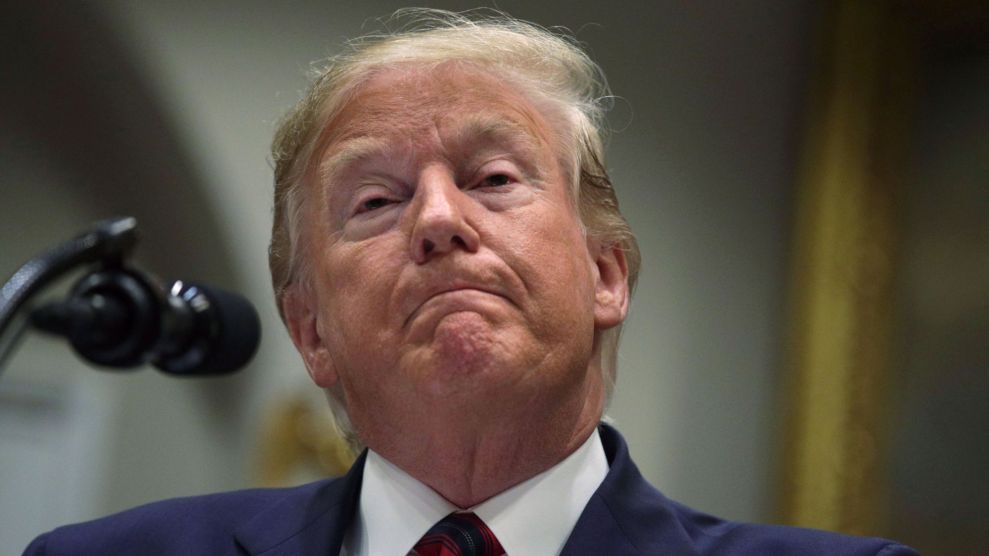 As the Times reports:

The transactions, some of which involved Mr. Trump’s now-defunct foundation, set off alerts in a computer system designed to detect illicit activity, according to five current and former bank employees. Compliance staff members who then reviewed the transactions prepared so-called suspicious activity reports that they believed should be sent to a unit of the Treasury Department that polices financial crimes.

But…the reports were never filed with the government.

The nature of the transactions was not clear. At least some of them involved money flowing back and forth with overseas entities or individuals, which bank employees considered suspicious.

Donald Trump has had a long history with Deutsche Bank, one of his largest foreign creditors, as Mother Jones has previously reported, while the bank itself has been mired in scandal and was the subject of an anti-money laundering raid last November. The House Intelligence and Financial Services committees has issued subpoenas for the president’s financial records from Deutsche Bank. But Trump and his family sued the bank in April to try and prevent it from handing over records.