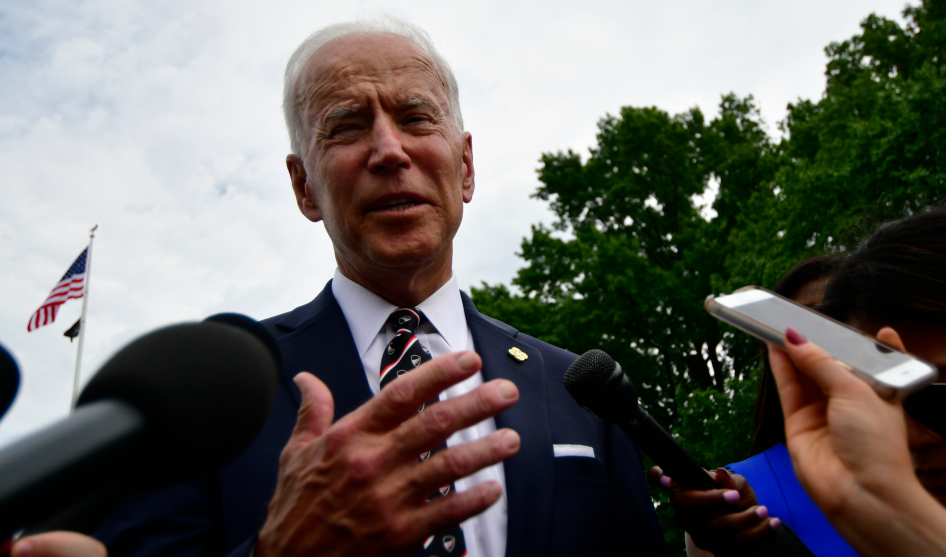 A defiant Joe Biden on Wednesday dismissed the firestorm over his repeated remarks touting the early days of his Senate career when he worked alongside segregationists. He argued that one of his most prominent critics owed him an apology.

“They know better,” Biden told reporters when asked about the growing condemnation from his Democratic primary opponents, including New Jersey Sen. Cory Booker, who earlier in the day had called on Biden to apologize.

“Apologize for what?” the former vice president continued. “Cory should apologize. He knows better. There’s not a racist bone in my body. I’ve been involved with civil rights my whole career. Period, period, period.”

Biden hits back at Booker over segregationist senator.
“Apologize for what? Cory [Booker] should apologize. He knows better” pic.twitter.com/xq8lLk4tTj

The controversy began Tuesday night, when Biden appeared at a New York fundraiser and nostalgically recalled an era in Washington that required cooperation with staunch segregationists. As we noted:

When he first arrived in the Senate in the 1970s, Biden recalled, he joined a Democratic caucus that included staunch segregationists, such as Herman Talmadge of Georgia and James Eastland of Mississippi.

“He never called me boy, he always called me son,” Biden said of Eastland, before describing Talmadge as “one of the meanest guys I ever knew.”

Biden has offered variations on this lesson many times. He eulogized segregationist Strom Thurmond at the South Carolina senator’s 2003 funeral. He wrote of his courtship of Eastland and fellow Mississippian John Stennis in his 2007 memoir, Promises to Keep. At a 2017 Alabama rally in support of now-Sen. Doug Jones, Biden described his past relationship with “seven or eight old-fashioned Democratic segregationists”—including Eastland—as evidence of a collegiality that was now sorely missed. “You’d get up and you’d argue like the devil with them,” he said. “Then you’d go down and have lunch or dinner together. The political system worked. We were divided on issues, but the political system worked.”

The comments sparked an uproar and drew widespread condemnation from his primary opponents. “You don’t joke about calling black men ‘boys,” Booker said in a statement. “Men like James O. Eastland used words like that, and the racist policies that accompanied them, to perpetuate white supremacy and strip black Americans of our very humanity.”

“To coddle the reputations of segregationists, of people who if they had their way, I would literally not be standing here as a member of the United States Senate, is, I think, it’s misinformed and it’s wrong,” said Sen. Kamala Harris (D-Calif.).

"To coddle the reputations of segregationists … it's misinformed and it's wrong," Sen. Kamala Harris says of Joe Biden's remarks on the "civility" of two segregationist senators he has worked with in the past https://t.co/Vk1r6ij9aE pic.twitter.com/Zq2TRbDaeR