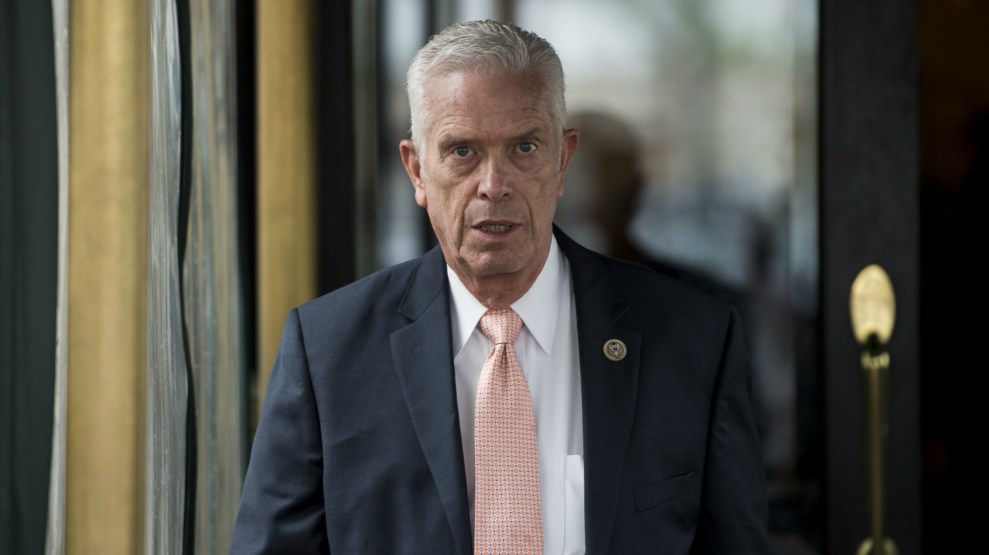 When House Democrats convened a hearing Tuesday morning to examine the potential impacts of climate change, they wanted to highlight the potential costs of ignoring the problem. “This is a hearing on the future of our country, covering a topic we cannot afford to ignore,” House Budget Committee Chairman John Yarmuth (D-Ky.) said at the start. But the Republicans on the committee wanted to keep the conversation focused on a narrower topic: the costs associated with the passage of a Green New Deal.

“Instead of talking about a budget…we’re here to discuss a $93 trillion proposal,” Rep. Bill Johnson (R-Ohio) said of the Green New Deal. Yarmuth replied that the hearing was not about the Green New Deal, an aggressive proposal to avert  climate change using government resources, touted by Rep. Alexandria Ocasio-Cortez (D-N.Y.).

“What is their proposal to address climate change? The previously mentioned Green New Deal, which more than half of the Democrats on this committee have sponsored,” Rep. Jason Smith (R-Mo.) said. “The plan would be very effective in destroying American agriculture the way we know it today.”

The Republicans on the budget committee had signaled ahead of time that they were planning to divert the hearing into a reckoning on the Green New Deal. “Billed as a proposal to address climate change,” the Republicans wrote in an announcement ahead of the hearing, “in actuality, the GND focuses primarily on unrelated and prohibitively expensive government-run programs. (The Democrats’ hearing document, meanwhile, doesn’t even mention the Green New Deal.)

Rep. Pramila Jayapal (D-Wash.) said at the hearing that she’s a “proud supporter” of the Green New Deal. Thereafter, Republicans and some Democrats continued to take the bait, adding their own two cents about the Green New Deal. For example, Rep. Kevin Hern (R-Okla.), referring to Jayapal’s statement, said, ”This is a good opportunity for us to explore how these ideas fundamentally and practically won’t work, in addition to their stunning cost.”