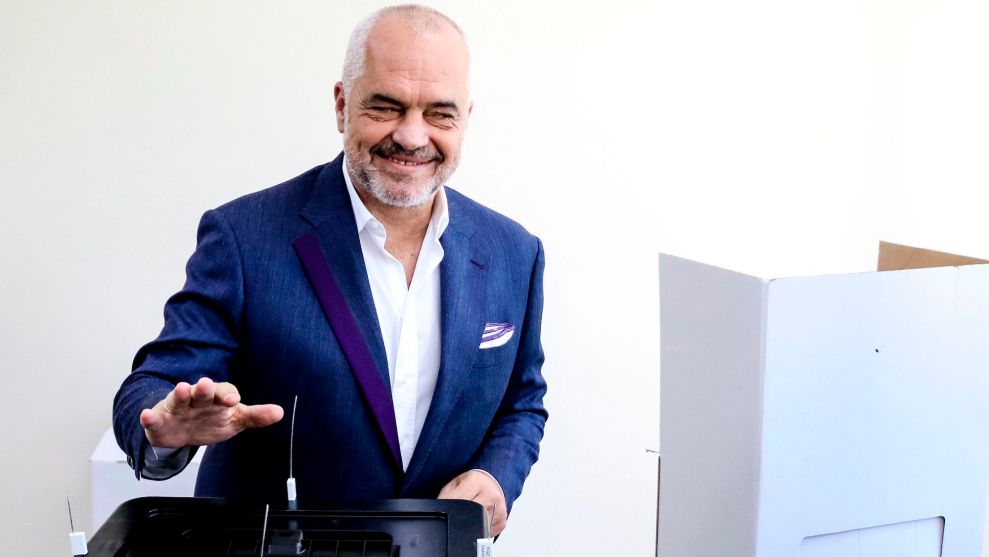 Candidates from the small Balkan country’s Democratic Party and Socialist Integration Party sat out the voting as part of a months-long power struggle connected to their allegations of corruption against Albanian Prime Minister Edi Rama.

But the boycott was expected to have the immediate effect of expanding Rama’s influence by allowing his party to win local power in 24 of 61 municipalities where it did not already govern. The vote came after Rama refused to heed a call by Albania’s president, Ilir Meta, whose powers are mostly ceremonial, to postpone voting.

This conflict is part of a larger clash. For months, opposition lawmakers, led by Lulzim Basha, the head of the Democratic Party, have held at times violent protests in Albania’s capital, Tirana, aimed at highlighting what they say are Rama’s connections to criminal groups involved in the country’s pervasive drug trade.

Earlier this month, a prosecutor in Tirana charged Basha with money laundering and filing false documents in connection with $600,000 in payments that his party made in 2017 to a Republican lobbyist in Washington. The charges came after Mother Jones reported, in March 2018, that a Scotland-based shell company connected to Russian nationals had bankrolled Basha’s US lobbying. The report led to accusations that Basha, who advocated relatively nationalist policies consistent with Russia’s preferences for the Balkans, had undisclosed ties to Moscow.

Ahead of Albania’s election in 2017, Basha hired Nick Muzin, a lobbyist who formerly worked for Sen. Ted Cruz (R-Texas) and who also advised the Trump campaign. Muzin aimed to help Basha build ties to American conservatives and arranged for the Albanian to take a picture with President Donald Trump, which the Albanian leader touted at home.

Albanian prosecutors, citing lobbying foreign disclosure filings Muzin filed with the Justice Department, charged that Basha and two party allies had broken the country’s laws by reporting only $25,000 in lobbying payments and failing to reveal another $650,000 in payments to Muzin that came through Biniatta, the shell company.