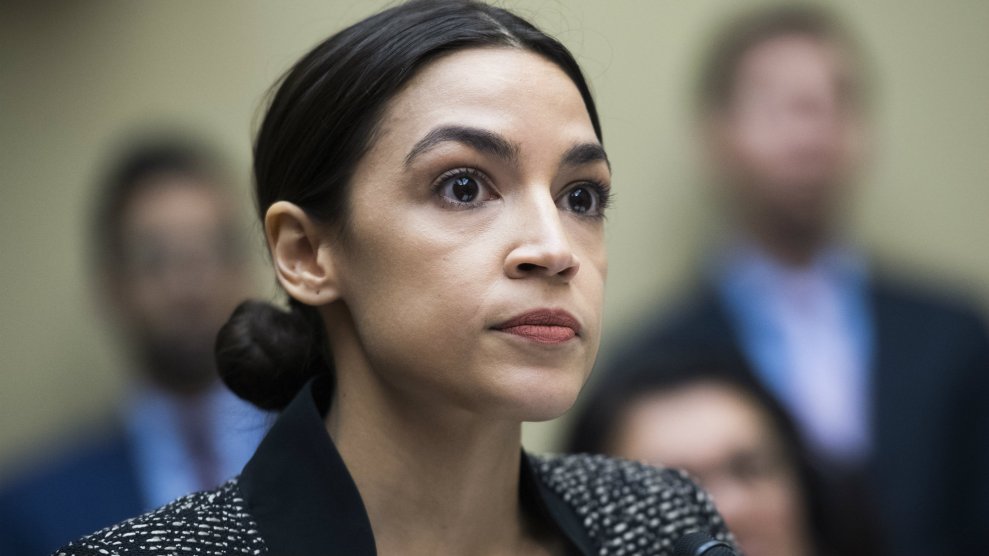 House Speaker Nancy Pelosi (D-Calif.) and Rep. Alexandria Ocasio-Cortez (D-N.Y.) have put aside their very public fight and found a common enemy: President Donald Trump. On Sunday morning, Trump took aim on Twitter at a group of progressive congresswomen of color. Referring to Ocasio-Cortez and Reps. Rashida Tlaib (D-Mich.) and Ilhan Omar (D-Minn.), Trump tweeted that they should “go back and help fix the totally broken and crime infested places from which they came.”

Pelosi took heat recently from Ocasio-Cortez, who criticized her for “calling out women of color.” But she responded quickly and decisively to Trump’s recent racist tirade:

When @realDonaldTrump tells four American Congresswomen to go back to their countries, he reaffirms his plan to “Make America Great Again” has always been about making America white again.

Our diversity is our strength and our unity is our power. https://t.co/ODqqHneyES

Mr. President, the country I “come from,” & the country we all swear to, is the United States.

But given how you’ve destroyed our border with inhumane camps, all at a benefit to you & the corps who profit off them, you are absolutely right about the corruption laid at your feet. https://t.co/HLKQCotR8T

And, in reference to the mass ICE raids expected to take place in cities across the country Sunday, Ocasio-Cortez added: “But given how you’ve destroyed our border with inhumane camps, all at a benefit to you & the corps who profit off them, you are absolutely right about corruption laid at your feet.”

Tlaib also chimed in, calling Trump “lawless” and a “complete failure as a president.”

Want a response to a lawless & complete failure of a President?

Trump singled out Ocasio-Cortez, Tlaib, and Omar after all three had been in the news this week for a prolonged fight with Pelosi over the direction of the Democratic Party. He wrote:

So interesting to see “Progressive” Democrat Congresswomen, who originally came from countries whose governments are a complete and total catastrophe, the worst, most corrupt and inept anywhere in the world (if they even have a functioning government at all), now loudly……

….and viciously telling the people of the United States, the greatest and most powerful Nation on earth, how our government is to be run. Why don’t they go back and help fix the totally broken and crime infested places from which they came. Then come back and show us how….

….it is done. These places need your help badly, you can’t leave fast enough. I’m sure that Nancy Pelosi would be very happy to quickly work out free travel arrangements!