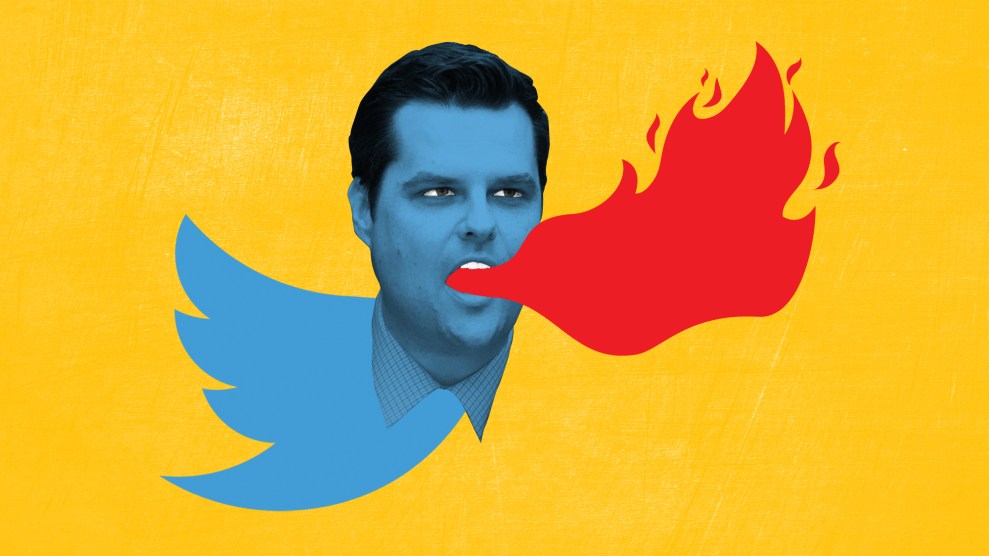 Some members of Congress make a name for themselves with signature legislation or federal funds for their districts. Matt Gaetz has chosen a more Trump-like route, defending the president at all costs and hurling insults at anyone who dares to cross either of them. Here are some of his most outrageous comments:

In 2013, taking to Twitter to mock a participant in Florida’s public assistance program

Yesterday I saw a lady at Publix use her "Access" welfare card. Her back was covered in tattoos. RT if u support entitlement reform #sayfie

“The conditions in Haiti are deplorable, they are disgusting. I mean, everywhere you look in Haiti, it’s sheet metal and garbage.”

“Since taking office, President Trump has worked tirelessly to apply maximum pressure on North Korea to end its illicit weapons programs and bring peace to the region.”

“The media is painting Khashoggi as a ‘journalist’ rather than a political participant. Don’t get me wrong, I’m 100% opposed to killing people for their politics, but IDK that this is journalism.”

“Consider this possibility: If President Trump were to say, ‘I am now the first female president,’ who would celebrate that?”

“Hey @MichaelCohen212 – Do your wife & father-in-law know about your girlfriends? Maybe tonight would be a good time for that chat. I wonder if she’ll remain faithful when you’re in prison. She’s about to learn a lot…”

“If members of Congress want to spend their time psychoanalyzing my tweets, it’s certainly their prerogative.”