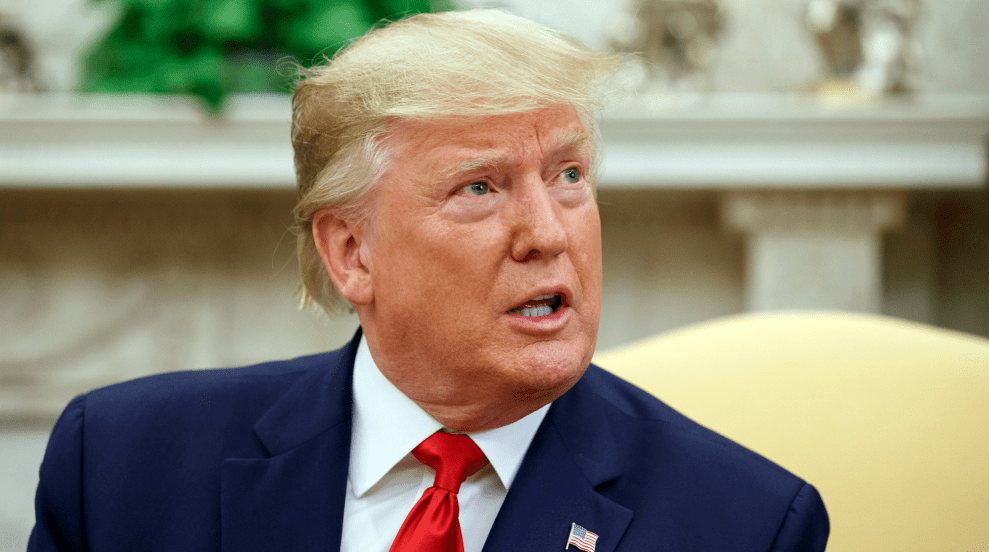 President Donald Trump on Thursday attempted to distance himself from the “send her back” chants that erupted at a campaign rally the previous night during his tirade about Rep. Ilhan Omar (D-Minn.), a naturalized US citizen who as a child fled Somalia’s civil war. Trump now claims he “was not happy” with the bigoted refrain.

“I was not happy with it,” Trump told reporters from the Oval Office. “I disagree with it.”

Asked why he didn’t stop his supporters from continuing with the chant, Trump insisted that he, in fact, did. “Well, number one, I think I did. I started speaking very quickly,” he claimed. “I disagree with it, by the way. It was quite a chant, and I felt a little bit badly about it.”

But videos of the rally show Trump nearly basking in the crowd’s chants and listening to it for more than 10 seconds before proceeding with his remarks. Despite video evidence contradicting Trump’s comments from the Oval Office, several news outlets ran with the headline the president clearly desired.

Crowd at tonight's Trump rally in North Carolina breaks out into chants of "Send her back!" as the president attacks Rep. Ilhan Omar pic.twitter.com/0q5L39W61h

The president’s sudden effort to disavow the chant comes amid rare but mild condemnation from conservatives, though most have yet to acknowledge that his recent attacks against Omar and other Democratic congresswomen of color are racist.

During the 2016 race, Trump similarly claimed that he didn’t approve of the infamous “lock her up” chants demanding jail time for Hillary Clinton. That chant remains a popular rallying cry at his political rallies.

Trump on Thursday also asserted that there was a difference between the chant and his Sunday tweets telling the congresswomen to “go back” to their “crime-infested countries.”

President Trump on "send her back" chant: "I was not happy with it. I disagree with it." pic.twitter.com/qEplHgf2vM