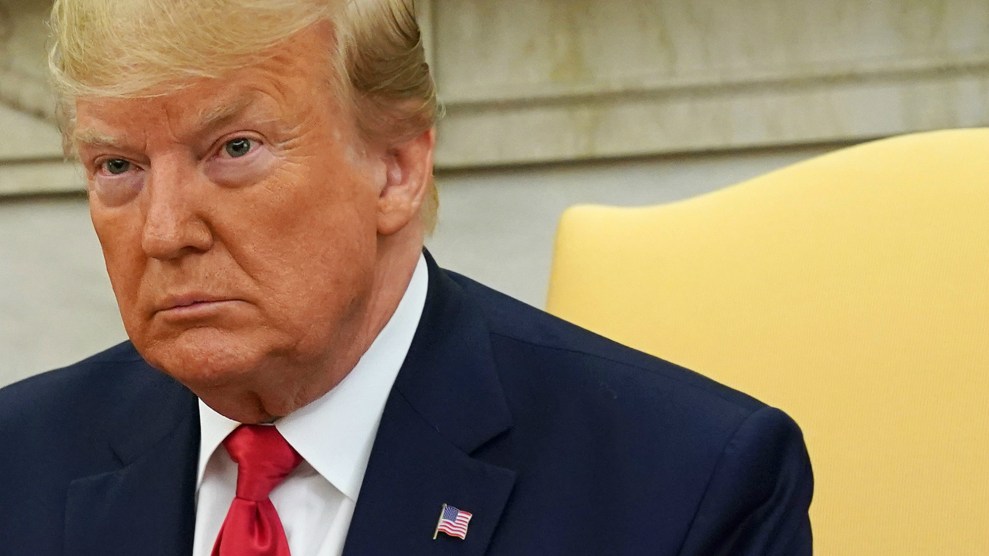 As just about everyone knows by now, President Trump tweeted on Sunday that four “progressive” Democratic congresswomen should “go back and help fix the totally broken and crime infested places from which they came.” Following this tweet and his subsequent doubling-down on it, many have condemned his statements as racist. But many also have defended his comments, including White House press secretary Stephanie Grisham, House Minority Leader Kevin McCarthy, and Sen. Lindsey Graham (R-SC). The basis of the White House’s argument? American exceptionalism.

Grisham, for example, tweeted, “His message is simple: the U.S.A. is the greatest nation on Earth, but if people aren’t happy here they don’t have to stay.”

So typical to watch the mainstream media and Dems attack @realDonaldTrump for speaking directly to the American people. His message is simple: the U.S.A. is the greatest nation on Earth, but if people aren’t happy here they don’t have to stay.

American exceptionalism has also been used as justification for a history of violence that ranges from the mass killing of Native Americans during the United States’ westward expansion to the civilian bloodshed in the Middle East during the War on Terror. In 2012, the Republican Party included “American exceptionalism” as one of the party platform’s seven sections; at present, it is mentioned twice there. Former Democratic President Obama has said, “I believe in American exceptionalism with every fiber of my being.”

I don’t like the term. I’ll be honest with you. People say, “Oh he’s not patriotic.” Look, if I’m a Russian, or I’m a German, or I’m a person we do business with, why, you know, I don’t think it’s a very nice term. We’re exceptional; you’re not. First of all, Germany is eating our lunch. So they say, “Why are you exceptional. We’re doing a lot better than you.” I never liked the term. And perhaps that’s because I don’t have a very big ego and I don’t need terms like that.

On the other hand, he may have been merely foreshadowing his own presidential ambitions. “I’d like to make us exceptional,” he continued. “And I’d like to talk later instead of now.” Two months later, he announced his presidential candidacy.