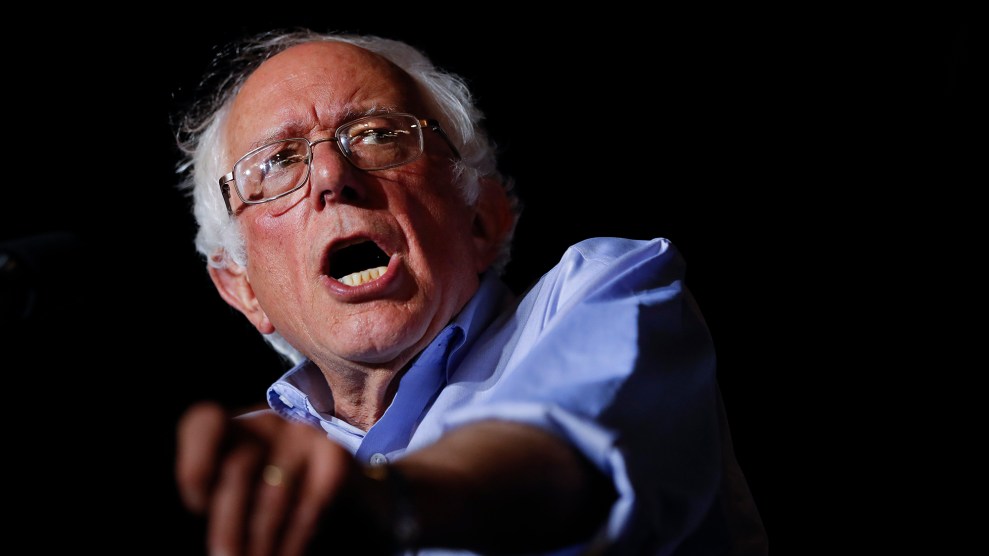 “America’s prisons are hotbeds of human rights violations, torture, sexual assault, and wrongful imprisonment,” he wrote in the plan, which was published on his campaign website of ahead of a campaign event in Columbia, South Carolina, scheduled for Sunday afternoon. “We must put an end to this barbarism and respect the rights of all human beings and treat them with basic dignity.”

But Sanders’ plan is among the most comprehensive, in part because it proposes to restore voting rights to all incarcerated people, an idea Sanders first put forward earlier this year at a CNN town hall. Other candidates have been more timid on this issue, focusing on expanding the franchise to people only after they finish their sentences.

In addition to ending private prisons, whose profits have soared under President Trump, Sanders says he will:

Sanders also calls for an end to prison gerrymandering, a common practice whereby states count incarcerated people as residents of the town where their prison is located, rather than where they are from, reducing representation in their communities.

Sanders’ plan is no less ambitious on policing. He wants to establish national standards for use of body cameras and for when police can deploy force, a response to public outrage over police killings of unarmed people of color. He also wants to require the Justice Department to review all officer-involved shootings, a major departure from the Trump administration. (Former Housing Secretary Julian Castro, another Democratic candidate, has also called for national standards on police force and for more thorough investigations of officer-involved shootings, as part of a police reform plan that is perhaps even more detailed.)

Echoing proposals by Sen. Kamala Harris, Sanders is also calling for higher pay to public defenders, who represent people without money to hire their own attorney, but who are currently underpaid and overwhelmed, with some juggling hundreds of felony cases a year. As part of that proposal, Sanders wants to cancel their student debt. His plan also suggests reinstating the federal parole system, which would allow people to spend less of their sentences in prison, and to expand the use of halfway houses, which the Trump administration has sent fewer people to. Other priorities in his plan include ending the national rape kit backlog, preventing children younger than 18 from being tried in adult courts, and guaranteeing a living wage to all incarcerated workers, many of which currently make mere pennies on the hour.

The senator unveiled his plan during a weekend of campaigning in South Carolina, an early voting state where the majority of Democratic voters are African American.

You can watch Sanders’ speech below: