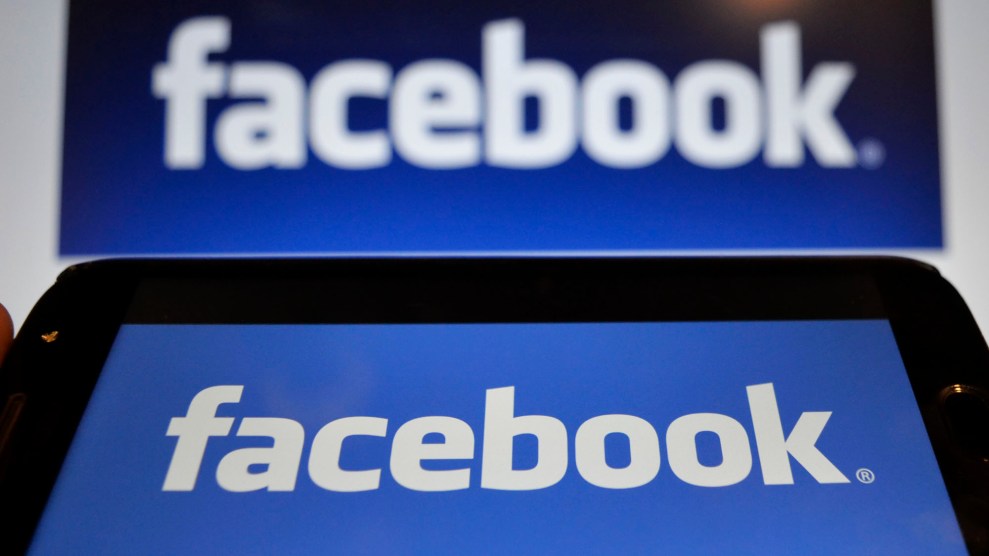 Facebook released initial findings on Tuesday from an audit it commissioned examing whether the social media giant is biased against conservatives. The report, conducted by a private law firm and issued under the name of former Arizona Republican Sen. Jon Kyl, comes amid substantial pressure and claims from right-leaning groups and lawmakers in Washington that the company has stifled their messages.

The allegation of anti-conservative bias in tech has evolved over the past few years into a powerful political weapon and campaign issue for Republicans. Just last month, President Donald Trump welcomed to the White House conservative activists who claimed to be targeted by big tech censorship. While Kyl’s report did not find any evidence of conservative bias at Facebook, it did not explicitly rule out the possibility of its existence, making it easier for Republicans to continue using the unfounded claim to rally their voters and maintain pressure on social media companies.

Kyl’s report did not find any evidence of conservative bias at Facebook.

The claim that Facebook has been working against conservatives has been debunked both anecdotally and by studies. After all, Facebook failed to respond to Russia’s pro-Trump influence operations in 2016, and allowed its user-data to be used by the Trump campaign to target voters. Nevertheless, conservatives, including Trump and prominent Republican lawmakers, have complained, held hearings, and rallied their supporters by contending that Facebook, run by California liberals, is censoring conservative voices.

Facebook’s new audit is based on interviews with and complaints from 133 unnamed conservative groups and lawmakers. Kyl and his team from the law firm Covington & Burling report the interviewees said they felt that most of the company’s content moderation policies and advertising requirements were biased against conservatives. Kyl, who first retired from the Senate in 2013, was retained by Facebook in the spring of 2018 before he temporarily rejoined the body that September, filling the seat vacated after Sen. John McCain’s August death. He resigned before the end of the year.

But Kyl’s 8-page report does not confirm or provide any evidence substantiating the conservative’s complaints. In tone, it seems designed to let conservatives know their concerns have been registered without conceding they may be justified. On occasion, the report subtly pushes back on such claims. For example, while the report’s authors noted right-wing claims that Facebook only contracted with mainstream fact-checking organizations, Kyl’s team pointed out that Facebook had actually also used conservative fact-checkers.

Conservatives aren’t the only group who have received a Facebook audit. Civil rights organizations, after longstanding complaints that Facebook allowed voter suppression tactics on the platform in 2016 and discriminates against people of color in its ad-targeting algorithms and content moderation policies, also persuaded the company to examine its record on such issues. In May of last year, Facebook announced both the conservative and racial discrimination audits, to be conducted by separate teams. The civil rights audit, led by a former ACLU official, moved faster, identified substantial issues, and has so far produced more results. A June interim report detailed multiple related policy changes already made by the company, and advocated for even more. A few months before, Facebook agreed to new policies designed to protect minority users as part of a settlement of multiple lawsuits alleging ad discrimination

Until Tuesday, there had been comparatively little information about Kyl’s conservative audit. The biggest policy change documented in that report is Facebook’s decision to permit ads featuring images of humans attached to medical tubes, which was previously barred as “shocking and sensational content.” The move is a concession to pro-life groups who want to run advertisements depicting premature infants receiving medical care. “This change expands the scope of advocacy available for groups seeking to use previously prohibited images,” the report states. “Facebook told us that it remains committed to reviewing its policies and updating them based on feedback received from external groups and advertisers.” Kyl is set to meet with the company’s product and policy teams to discuss the report further, according to a Facebook representative.

Groups who pushed for the civil rights audit say that they are frustrated with Facebook for agreeing to conduct a conservative bias report. When Facebook first announced the twin audits, some hammered the company for appearing to draw a false equivalency between well-documented civil rights concerns and the conservatives’ complaints.

After Facebook released its conservative bias report on Tuesday, Rashad Robinson, president of Color of Change, a digital civil rights group, continued the criticism, saying that the company had “conceded” to “the right-wing’s playbook of victimhood, undermining the company’s stated commitment to protect civil rights.”