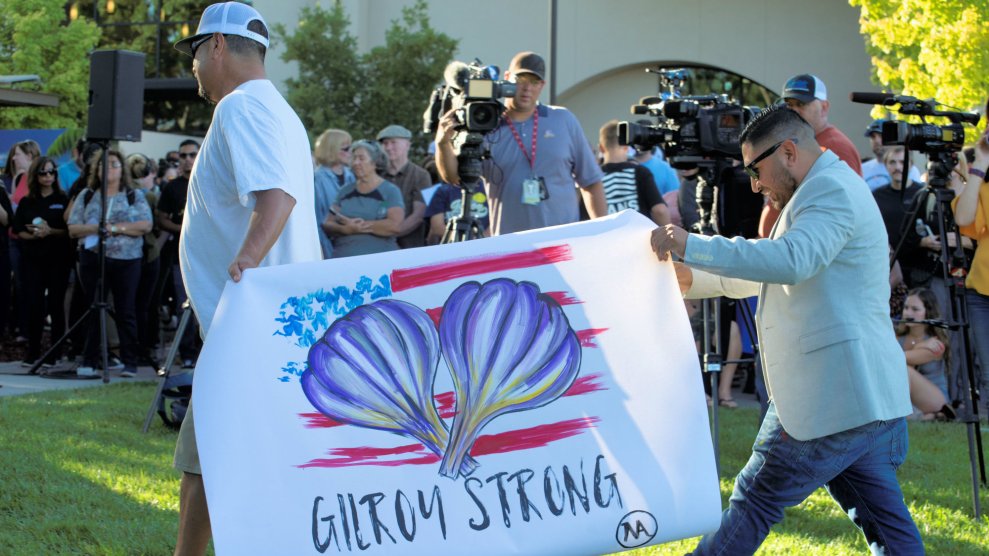 Two weeks after a mass shooting at Gilroy, California’s annual garlic festival in late July, the mayor of San Jose proposed a radical plan to address gun violence: Require all firearm owners to own liability insurance.

Under a local ordinance that Mayor Sam Liccardo proposed earlier this month, residents of San Jose who own a gun would be required to either have firearm liability insurance or, if they can’t obtain that insurance, possibly pay a per-household fee to help cover taxpayer costs of gun violence—such as emergency medical response and hospital treatment fees—by creating a “public compensation pool.”

According to the ordinance, which needs the approval of the San Jose city council to become law, mandatory liability insurance would cover both the accidental discharge of a gun and intentional acts of harm by third parties “who steal, borrow, or otherwise acquire the gun.” But insurers would not be responsible for covering the liability of a policyholder for their “own intentional conduct.”

“Cities and local governments are pretty constrained in regulating in this area,” Liccardo says of the motivation behind the proposed ordinance, which had been in the works before the Gilroy Garlic Festival shooting. “And so, given the very limited amount of turf out there…we’ve been spending a few months with our attorneys and other organizations that have been taking this issue on nationally to try and understand what the instances are where a local government can have some impact.”

“We don’t think that the requirement to have car insurance means that our ability to drive a car is being hampered by that regulation.”

The proposed ordinance also includes other measures to help curb gun violence, including a proposal to explore imposing a gun and ammunition tax, and a consent-to-search program that, similar to red flag laws in some states around the country, would enable parents to allow law enforcement to search and seize for weapons owned by their dependents. The ordinance also proposes exploring the implementation of a bounty program that would offer cash rewards to people who tip off police to illegal guns.

Though there are some insurance companies that claim to offer gun liability insurance, it’s not widely available. The National Rifle Association launched a self-defense gun insurance program, Carry Guard, only to cease the program after just two years amid numerous lawsuits and state probes into its legality. Carry Guard, which was marketed and distributed by the private insurance brokerage firm Lockton, offered policies to help with the legal fees that can arise from shooting someone in self-defense. The NRA rolled it out to great fanfare at its annual convention in 2017. The multitiered insurance program offered policies with up to $150,000 in criminal defense reimbursement and $1 million in civil liability protection. New York was the first state to launch an investigation into the legality of Carry Guard, which gun control activists quickly nicknamed “murder insurance.” The state determined that Carry Guard violates a law against insuring intentional harm and fined the NRA $7 million. New Jersey, California, and Washington soon followed suit with their own investigations into Carry Guard.

Liccardo says that if the San Jose city council approves the measure, he’s “very mindful” that it might be difficult for people to get liability insurance right away, which is why he developed the fee option “until the insurance industry evolves to a place where there are market entrants who want to offer coverage.”

In 2013, a handful of states—California, Connecticut, Hawaii, Maryland, Massachusetts, and New York—proposed similar legislation after the Sandy Hook Elementary School shooting in Newtown, Connecticut. Those measures ultimately didn’t go anywhere—but if passed, the proposal in San Jose would be the first of its kind. “If” being the operative word.

Gun rights advocates were quick to oppose it. George Lee, a California attorney who represents the Firearms Policy Coalition, told KQED News that the proposal is “misguided” and said it violates California law, “and no court is going to require that to happen.”

There’s little doubt that there won’t be a challenge to the San Jose ordinance if it’s passed. California is known for having some of the strictest gun laws in the country, but nearly all of them have been challenged in court. Most recently a gun rights group sued to block the state’s ban on assault weapons. But the question of whether a gun liability insurance mandate would run afoul of the Second Amendment isn’t so clear.

Eric Ruben, a law professor at Southern Methodist University and a fellow at the Brennan Center for Justice, doesn’t think requiring liability insurance for gun owners would be a violation of the Second Amendment in principle, but he says if it’s not written carefully, it could present a tricky case for the courts. “If insurance companies had the ability to rack up the premium level to a point where it’s cost prohibitive, then that clearly would present some problems,” he says.

“The devil’s going to be in the details,” adds Jake Charles, executive director at Duke University School of Law’s Center for Firearms Law. “The concept of an insurance mandate doesn’t seem to raise Second Amendment issues in the sense that it’s trying to internalize costs of firearms misuse to firearms owners,” he says, but it would depend on if the cost of insurance didn’t “burden the exercise of Second Amendment rights.”

When the NRA launched Carry Guard, the most comprehensive package—which offered up to $150,000 in criminal defense reimbursement and $1 million in civil liability protection—only cost $31.95 a month. Liability insurance that is currently available ranges from $47 to $200 a year. Charles says that he’s seen cases in which some courts have upheld gun permit and licensing fees—the legal cost some states impose for residents to purchase a firearm—for as much as $100 a year. It’s hard to know exactly how much the impact of gun violence costs a city like San Jose, but a 2012 Mother Jones investigation found that, on average, gun violence costs more than $700 per American per year, with a total cost of $229 billion per year.

Charles adds that, if there was a court challenge, Liccardo and San Jose’s legal team would need to prove that there’s a significant interest that’s being met by this law. In other words, subjecting the ordinance to some form of constitutional scrutiny: Can San Jose sufficiently prove there’s enough reason to justify a law like this? “You could imagine a host of reasons that the…city would put forward to justify the law,” he says.

He likens the San Jose measure to car owners being required to own automobile insurance. “We don’t think that the requirement to have car insurance means that our ability to drive a car is being hampered by that regulation,” he says. “We think that’s kind of like a shared social responsibility cost.”