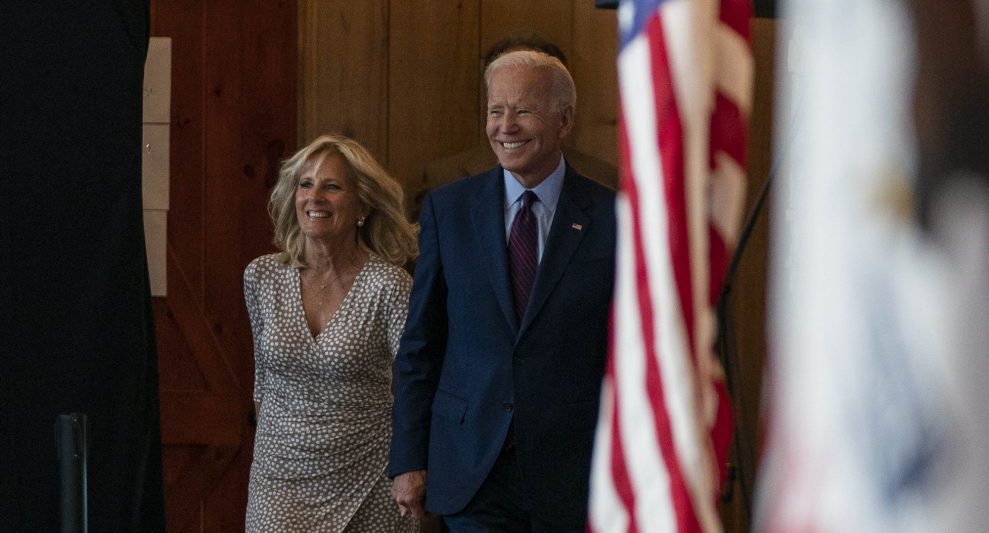 Jill Biden has a message for voters reluctant to get behind her husband: settle or face another four years of hell.

That’s essentially what the former second lady, in surprisingly blunt terms, told a group of teachers in New Hampshire on Monday, as she attempted to make the case for why Joe Biden is the best candidate to take on Donald Trump. In making the rather anemic pitch, Biden appeared to acknowledge that there may be Democratic candidates who have offered more popular policy plans.

“Your candidate might be better on, I don’t know, healthcare than Joe is,” Biden said at a campaign event in Nashua, New Hampshire. “But you’ve got to look at who’s going to win this election and maybe you have to swallow a little bit and say, ‘Ok, I personally like so and so better.’ But your bottom line has to be that we have to beat Donald Trump.”

“I know that not all of you are committed to my husband, and I respect that,” she continued. “But I want you to think about your candidate, his or her electability, and who is going to win this race.” Biden then referred to early polls that have consistently shown her husband leading his rivals.

The campaign’s emphasis on electability and poll numbers above all else—even if it requires voters to compromise their standards—comes on the heels of a gaffe-filled visit to Iowa, during which the former vice president mixed up basic facts and insisted that “poor kids are just as bright…as white kids.”

Biden’s remarks on Monday beg the question: who would she be backing if Trump were out of the equation?

Dr. Jill Biden urges voters to consider her husband's electability, saying: "your candidate might be better on, I don’t know, healthcare than Joe is, but you’ve got to look at who’s going to win this election." pic.twitter.com/xdPk95wWnv