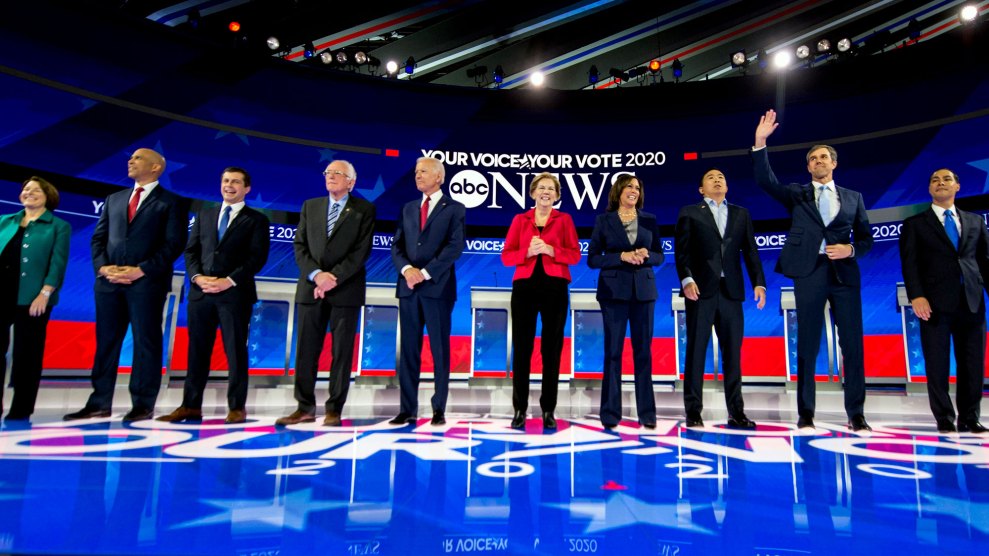 Castro said that Biden’s plan would leave 10 million Americans without health insurance by requiring Americans to opt in to receive coverage.

Earlier in the debate Biden had in fact said that those who couldn’t afford private insurance would be automatically enrolled in the public option.

“Anyone who can’t afford it gets automatically enrolled in the Medicare-type option we have,” he said about 10 minutes earlier. He did, however, use the phrase “buy in,” saying, “If you lose the job from your insurance company, from your employer, you automatically can buy in to this.”

I’ve re-watched the segments where Biden talked health care and it seems pretty clear to me that Castro is, well, wrong. He never said opt-in. He said that if people lose their jobs they can automatically buy into Medicare

“This is why presidential debates are becoming unwatchable,” Buttigieg said. “This reminds everybody of what they cannot stand about Washington. Scoring points against each other. Poking at each other.”