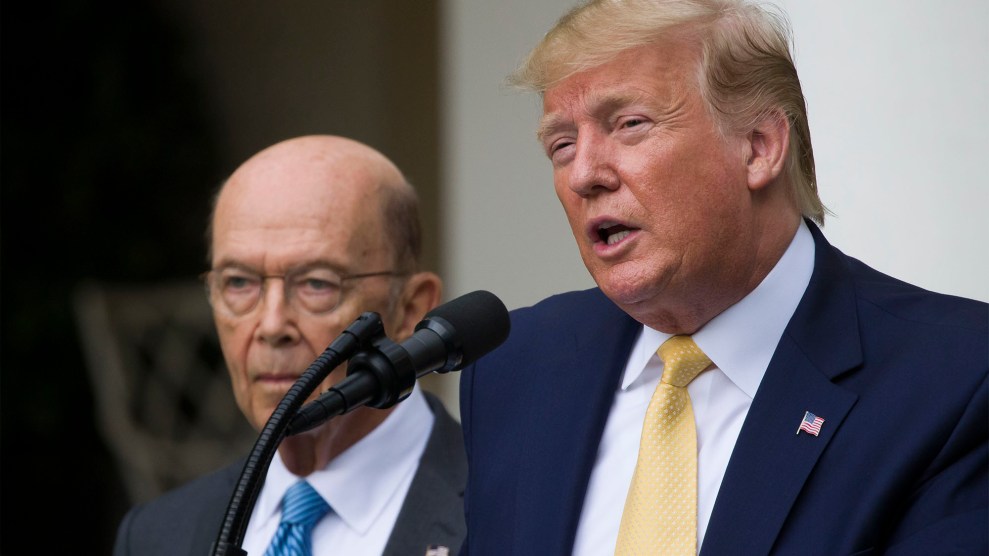 In July, the Trump administration abandoned its push to add a controversial question about US citizenship to the 2020 census after the Supreme Court blocked the move. Instead, President Donald Trump issued an executive order instructing the Census Bureau to collect citizenship data using administrative records. He said in a White House Rose Garden ceremony that the information could prove useful since “some states may want to draw state and local legislative districts based upon the voter-eligible population,” potentially excluding non-citizens, non-voters, and the young from counting toward political representation.

Drawing districts based on eligible voters “would clearly be a disadvantage to the Democrats” and “advantageous to Republicans and Non-Hispanic Whites.”

For decades, state legislative and Congressional districts have been drawn based on total population. If districts were instead based only on citizens or eligible voters, that could lead to a major shift in power from Democratic to Republican areas, as many Democrats represent areas with concentrations of non-citizens and non-voters, including children. If those people are not counted in legislative apportionment, that would benefit Republicans, who tend to represent whiter, more homogenous areas with fewer non-citizens and young people.

Over the past decade, Republicans have sought to make such a change. The late Republican gerrymandering expert Thomas Hofeller, who also led the behind-the-scenes efforts to add the citizenship question, wrote in a 2015 study that drawing districts based on eligible voters instead of the total population would “would clearly be a disadvantage to the Democrats” and “advantageous to Republicans and Non-Hispanic Whites.”

The lawsuit, filed by the Mexican American Legal Defense and Educational Fund and Asian Americans Advancing Justice, cited Hofeller’s study as evidence of the “discriminatory motivation” behind Trump’s executive order. They also allege that Commerce Secretary Wilbur Ross, who oversees the Census Bureau, “exceeded his statutory authority over the conduct of the decennial census” by agreeing to Trump’s order, since Congress, not the president, has constitutional oversight of the census. The lawsuit was filed before the same Maryland federal court where a judge struck down the citizenship question in April.

The Census Bureau disclosed this week that no states have so far requested citizenship data, but that it nonetheless would make the information available in 2021, when states begin drawing new legislative lines following the 2020 census. Who will count for purposes of political representation is expected to be a major fight throughout the next redistricting cycle.