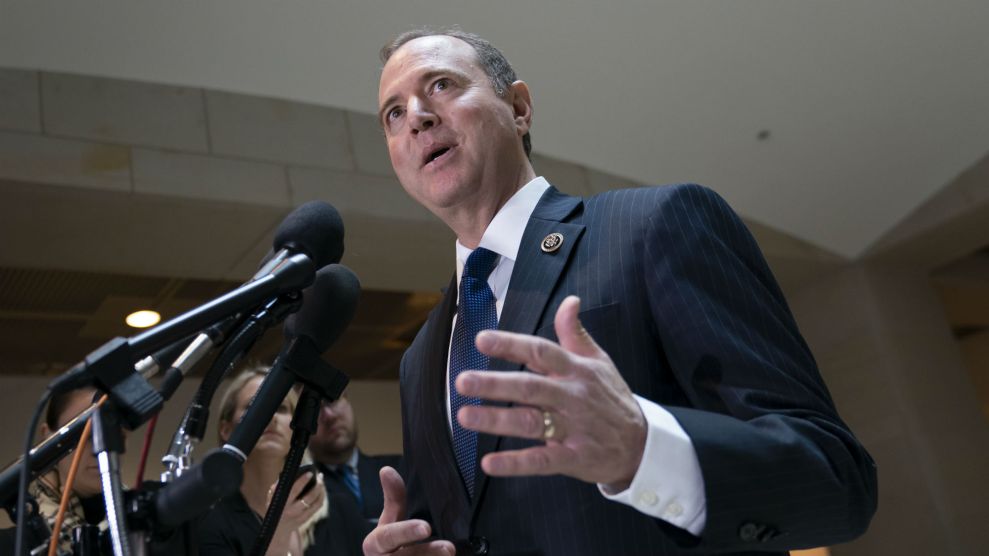 Last week, the Intelligence Community Inspector General notified Congress about a whistleblower complaint that was “credible” and of “urgent concern.” Now, Acting Director of National Intelligence Joseph Maguire won’t turn over the complaint at the behest of a “higher authority,” House Intelligence Committee Chair Rep. Adam Schiff (D-Calif.) said on CBS’s “Face the Nation” on Sunday.

“The director has said essentially that he is answering to a higher authority and refusing to turn over the whistleblower complaint,” Schiff said. “This is deeply troubling.” Maguire has said he will not release the complaint because it contains confidential information.

Schiff, who issued a subpoena “to compel the production of” the complaint on Friday, said in a statement that the acting director’s refusal “raises grave concerns” that the Director of National Intelligence’s office, the Department of Justice, and possibly the White House may be engaged a coverup of executive misdeeds:

The Committee can only conclude, based on this remarkable confluence of factors, that the serious misconduct at issue involves the President of the United States and/or other senior White House or Administration officials. This raises grave concerns that your office, together with the Department of Justice and possibly the White House, are engaged in an unlawful effort to protect the President and conceal from the Committee information related to his possible “serious or flagrant” misconduct, abuse of power, or violation of law.

If Maguire doesn’t comply with Schiff’s request, he will be required to appear before the committee on September 19.

No Director of National Intelligence has ever refused to turn over a whistleblower complaint the IG determined to be urgent and credible.

There is no privilege to engage in misconduct; not under this president, or any other.

That’s why I issued a subpoena and will enforce it. pic.twitter.com/pWg4MsOlwD