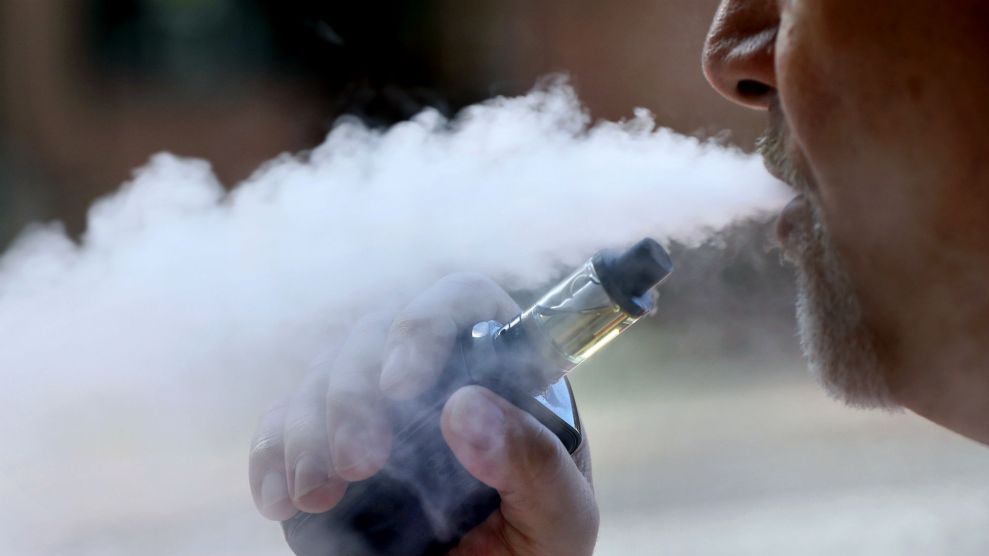 Health officials say they are now investigating 450 possible cases of serious lung illness linked to vaping in 33 states and one territory. Three people have died under similar circumstances and one death is still under investigation.

Initial descriptions of 53 early-reported cases of lung illness in Illinois and Wisconsin were published in the New England Journal of Medicine on Friday. The median age for those patients was 19, 83 percent of them were male, and all reported using an e-cigarette device in the 90 days before they experienced symptoms including shortness of breath, nausea, and vomiting. Patients reported using products containing THC, a chemical that is responsible for the “high” effect of cannabis, and products containing nicotine. No single product was linked to these initial cases of lung disease.

It’s still unclear why mostly young, otherwise healthy people are reporting lung illness in connection to vaping in recent months, but the number of cases related to severe respiratory illness this summer was double last summer’s rate, suggesting that there has been a spike in reports.

“What it appears at this time—although again, I would caution that this is preliminary—is that there does appear to be an increase of cases starting May-June of 2019,” Jennifer Layden, chief medical officer and state epidemiologist at the Illinois Department of Public Health, said on a press call Friday. “That is higher than it was in 2018. So it would suggest that it’s a new phenomena.”

State and federal health officials investigating mysterious lung illnesses linked to vaping have found the same chemical in samples of marijuana products used by people sickened in different parts of the country and who used different brands of products in recent weeks.

The chemical is an oil derived from vitamin E. Investigators at the U.S. Food and Drug Administration found the oil in cannabis products in samples collected from patients who fell ill across the United States. FDA officials shared that information with state health officials during a telephone briefing this week, according to several officials who took part in the call.

In the meantime, “people should consider not using e-cigarette products,” officials recommend.

This is a developing story. It will be updated as more information becomes available.