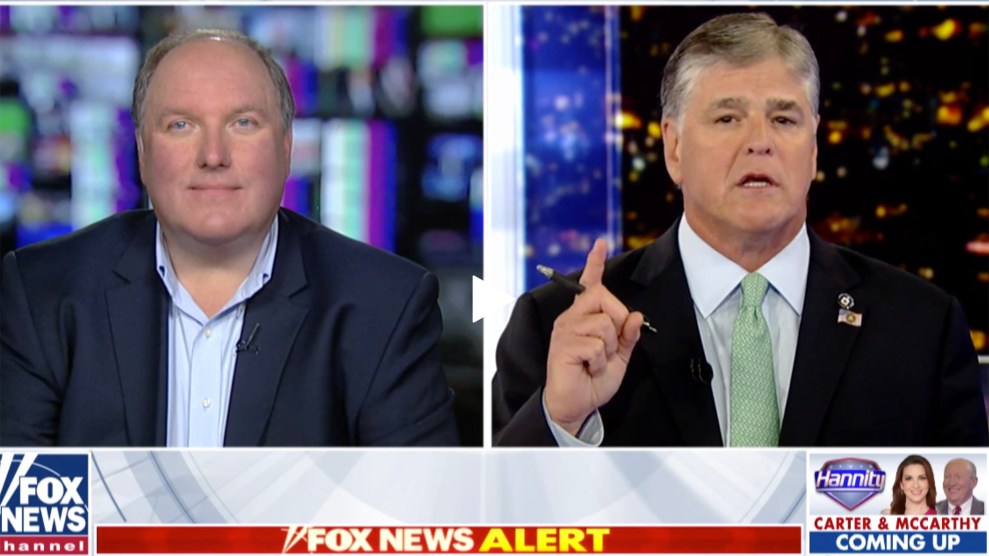 For months, opinion columnist John Solomon has played a central role in stoking right-wing conspiracies about Ukraine’s role in the 2016 election and Joe Biden’s involvement with the country as vice president. Now, Solomon is making his alliance with pro-Trump forces official by joining Fox News as a contributor, according to the Washington Examiner and Mediaite.

Solomon, who was a columnist at the Hill until last week, was already making frequent appearances on Fox show, including Trump friend Sean Hannity’s show, where he pushed the pro-Trump Ukraine narrative. Those appearances have helped Trump’s theories about Ukraine gain credence on the right and made Solomon a figure of interest in the impeachment inquiry.

The whistleblower, who’s complaint set off the current impeachment inquiry, included Solomon’s work in the complaint. “Beginning in late March 2019, a series of articles appeared in an online publication called The Hill,” one section of the complaint begins. Those articles gave voice to false narratives, including the debunked claim that Biden used his power as vice president to quash an investigation into a gas company where his son Hunter was a board-member, a now-retracted allegation that the former ambassador to Ukraine gave a Ukrainian prosecutor a list of people not to prosecute, and that the US embassy in Kiev had blocked Ukrainian prosecutors from delivering “evidence” about 2016 to US officials.

Throughout the spring, Solomon became part of a campaign by Trump and Giuliani to gin up the Ukraine conspiracies. A main source for him was then the prosecutor general of Ukraine, Yuriy Lutsenko, who was also sharing information with Rudy Giuliani, Trump’s private attorney and the lead instigator of Trump’s Ukraine-related conspiracies. Lutsenko was known as an untrustworthy opportunist whose contacts with Giuliani and Solomon came as Ukrainian elections put his own career at risk. Solomon would discuss his stories on Fox, where they were picked up and trumpeted by the president, Donald Trump Jr., and Giuliani.

Solomon began his career as an investigative reporter, including stints at the Washington Post. But in recent years, his work at the Hill has made him a favorite of the right while the rest of the media has noted his inaccuracies and tendency to push false narratives. Solomon produced multiple stories about the debunked Uranium One scandal. In 2017, he co-authored a story about attorney Lisa Bloom trying to secure payments for women considering coming forward to accuse Trump of assault that portrayed the women as out for money, which prompted a complaint from his colleagues to management. The Daily Beast described Solomon as a “one-man conservative investigative unit.”