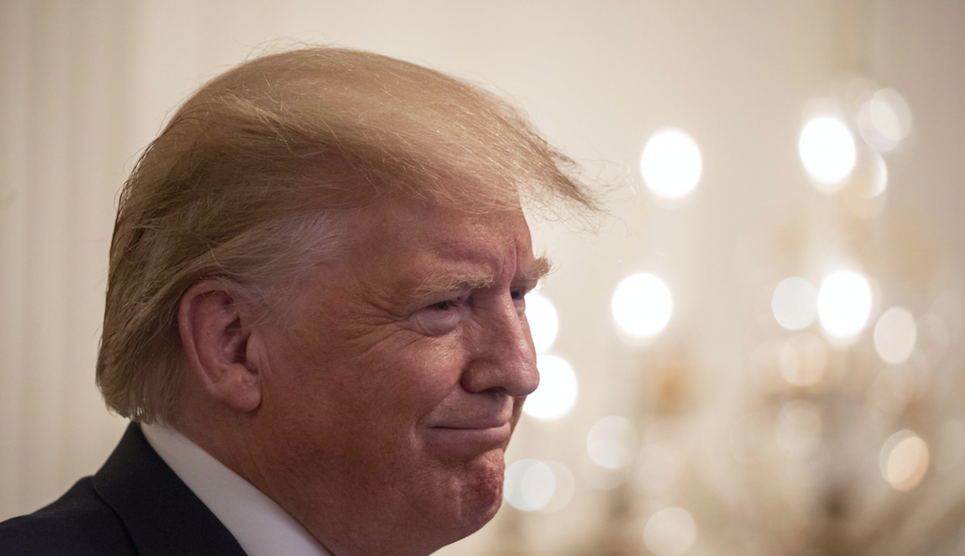 President Donald Trump on Monday dismissed bipartisan condemnation over his announcement that the US is withdrawing from northern Syria to make way for a Turkish incursion—a move that abandons longtime Kurdish allies who have fought against ISIS in the region. Amid the outcry, the president offered his self-described “great and unmatched wisdom” as reassurance that he would take action against Turkey if the country did anything “off limits.”

….the captured ISIS fighters and families. The U.S. has done far more than anyone could have ever expected, including the capture of 100% of the ISIS Caliphate. It is time now for others in the region, some of great wealth, to protect their own territory. THE USA IS GREAT!

In a string of earlier tweets, Trump acknowledged the Kurdish role but appeared to argue that the Kurds had already been fairly compensated. Trump’s decision amounts to what many see as a stunning betrayal of a crucial ally, as Turkey has long viewed Kurdish forces as a terrorist organization. “The move marks a major shift in US foreign policy and effectively gives Turkey the green light to attack US-backed Kurdish forces,” according to CNN.

“The Kurds fought with us, but were paid massive amounts of money and equipment to do so,” Trump said. “They have been fighting Turkey for decades. I held off this fight for almost 3 years, but it is time for us to get out of these ridiculous Endless Wars, many of them tribal, and bring our soldiers home.”

….almost 3 years, but it is time for us to get out of these ridiculous Endless Wars, many of them tribal, and bring our soldiers home. WE WILL FIGHT WHERE IT IS TO OUR BENEFIT, AND ONLY FIGHT TO WIN. Turkey, Europe, Syria, Iran, Iraq, Russia and the Kurds will now have to…..

“I hope I’m making myself clear how short-sighted and irresponsible this decision is,” Sen. Lindsey Graham (R-S.C.), one of the president’s fiercest allies, said during a call with Fox & Friends. In a scathing thread, Brett McGurk, the former special envoy in the US’s fight against ISIS, slammed the president:

Donald Trump is not a Commander-in-Chief. He makes impulsive decisions with no knowledge or deliberation. He sends military personnel into harm’s way with no backing. He blusters and then leaves our allies exposed when adversaries call his bluff or he confronts a hard phone call.

In announcing the decision late Sunday, the White House revealed that it came shortly after a phone call with Turkish President Recep Tayyip Erdogan. After posting five tweets on the situation, Trump resumed his attacks on House Speaker Nancy Pelosi.

This post has been updated to reflect ongoing breaking news.