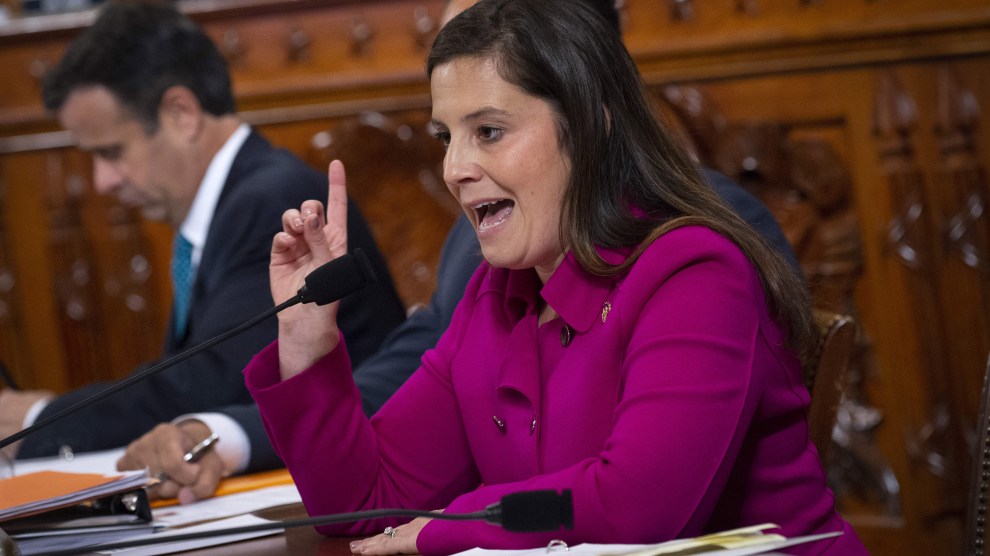 Rep. Elise Stefanik, the Republican who emerged as an outspoken defender of President Donald Trump during last week’s impeachment hearings, inadvertently gave a boost to the Democrat running for her seat in 2020.

Tedra Cobb, the Democrat running for office in New York’s 21st Congressional District, received more than $1 million in campaign donations sent from each of the 50 states this weekend, according to her campaign.

Stefanik has not released information on her campaign donations from this weekend, according to Syracuse.com, but had she raised about $1.3 million through September 30. Before this weekend, Cobb’s campaign had raised $656,000.

Cobb tweeted that she was celebrating her campaign’s windfall by plowing her driveway.

A question many of you have asked: What is Tedra doing to celebrate raising nearly $1 million?

My opponent is raising money from the Hollywood liberals calling me #TrashyStefanik. I'm just focusing on the TRUTH & FACTs in impeachment hearings. They can’t handle the truth! DONATE NOW to help us fight back to the Far-Left’s unhinged Hollywood machine!https://t.co/MlLBNmCor4