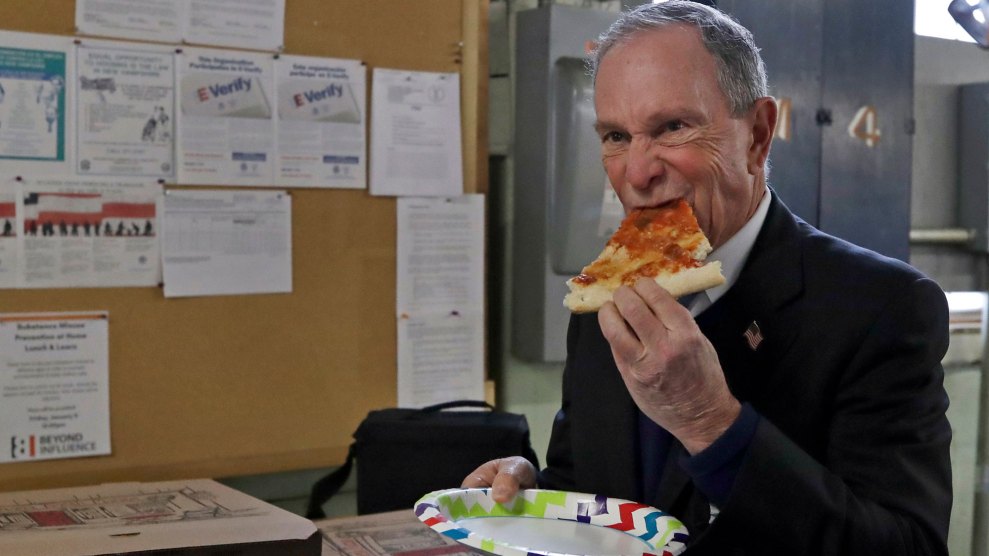 Billionaire Michael Bloomberg is privately weighing a presidential run and could test the waters in the Alabama Democratic primary.

Why? As an official matter, it’s about the president. Bloomberg adviser Howard Wolfson, with visions of consulting fees dancing in his eyes, told the New York Times that the former mayor sees fellow New Yorker President Donald Trump as an “unprecedented threat to our nation,” which is what every other Democratic candidate says.

But between the lines, it’s clearly about the Democratic candidates—specifically about the cash-strapped frontrunner Joe Biden and the populist progressives he can’t seem to put away, Elizabeth Warren and Bernie Sanders.

Should Mr. Bloomberg proceed with a campaign, it could represent a seismic disruption in the Democratic race. With his immense personal wealth, centrist views and close ties to the political establishment, he would present a grave and instantaneous threat to former Vice President Joseph R. Biden Jr., who has been struggling to raise money and assemble [an] ideologically moderate coalition.

But Mr. Bloomberg could also reshape the race in other ways, intensifying the Democrats’ existing debates about economic inequality and corporate power, and offering fodder to the party’s rising populist wing, led by Senators Elizabeth Warren and Bernie Sanders, who contend that the extremely rich already wield far too much influence in politics. Mr. Bloomberg has repeatedly expressed discomfort with certain policies favored by both Ms. Warren and Mr. Sanders.

It’s hard to think of any sizable constituency within the Democratic coalition to which Bloomberg might appeal. He also was a raging sexist out in the open, and his controversial defense and expansion of “stop-and-frisk”—something Trump has praised—will make it hard for him to peel off the Black voters in Biden’s camp. The best thing you can say about him is that in recent years he has decided to spend his money well, throwing mountains of cash behind gun control initiatives and giving Democrats a boost during the 2018 midterm elections.

Warren, on Twitter, seemed gleeful at the prospect of having another billionaire in the primary for a foil:

Welcome to the race, @MikeBloomberg! If you're looking for policy plans that will make a huge difference for working people and which are very popular, start here: https://t.co/6UMSAf90NT

The billionaire class is scared and they should be scared.