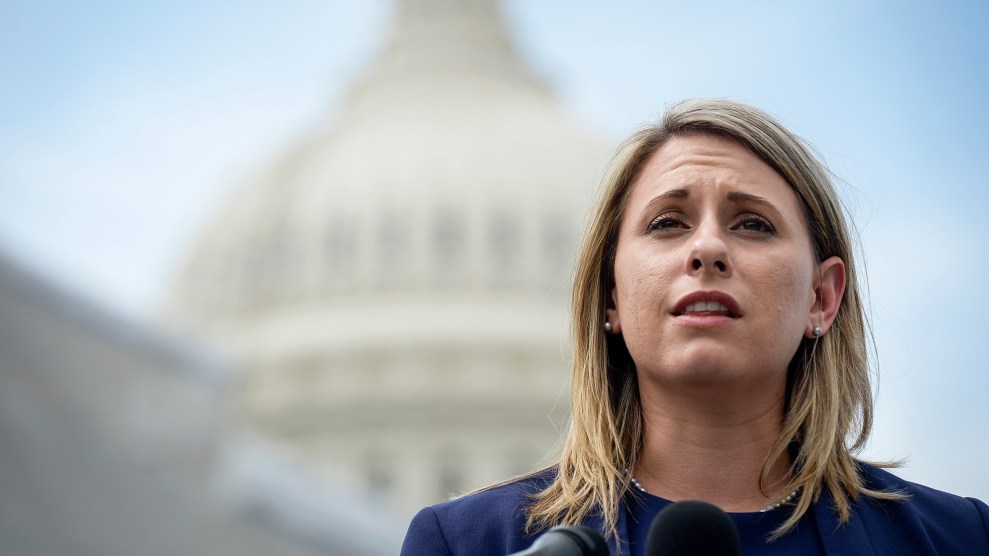 In her darkest moments after resigning from Congress, Katie Hill considered suicide. The former US representative from California says as much in a Saturday op-ed for the New York Times. In it, Hill recalls feeling as though her life had come crashing down around her after text messages and nude photographs revealing a relationship with a staffer were published by a conservative blog.

The bath water had gone cold. The wine bottle was empty. Suddenly and with total clarity, I just wanted it all to be over. I got up and looked for the box cutter. I couldn’t find it. A part of my brain was saying: “Stop it, this is stupid. You’re not going to do it. Go drain the bathtub and get yourself together.” But I felt like I was out of my body, like it was moving without me, and I got the paring knife and got back into the cold bath.

I stared at the veins in my wrists. They were so thin. They were green in the candlelight. I started tracing them with the edge of the knife, lightly at first, then pushing harder and harder. The knife was duller than I thought. It surprised me how hard I had to push simply to scratch the surface. Fine red lines started to appear, and I knew that if I pushed just a tiny bit harder I would start to bleed. I thought about the people I had already let down so much. What would this do to my parents? To my brother and sister?

And then I thought about my supporters. I thought about the high school students who had told me how I inspired them. I thought about the Girl Scouts whose troops I’d visited who told me they wanted to grow up to be like me, and how their parents would explain this to them, and what it would do to them. And I realized I couldn’t do it. I ran the campaign knowing it was bigger than me and what I wanted, and it still is. I don’t get to quit. I have to keep going forward, and be part of the fight to create the change that those young girls are counting on.

After the conservative blog Red State published Hill’s photos and text messages, the House Ethics Committee launched an investigation per rules that had been introduced in response to #MeToo. Hill has said that she suspects her estranged husband, Kenny Heslep, leaked the images. Heslep has denied the charge.

Hill writes that she decided to resign amid the investigation, despite encouragement not to from people like House Speaker Nancy Pelosi (D-Calif.).

People have speculated that Speaker Pelosi or the party leadership asked me to resign because of the photos and the allegations about me. That could not be further from the truth. In fact, one of the most difficult moments during my resignation process was my phone call to the Speaker, a woman I admire more than anyone and whom I had come to love. She told me I didn’t have to do this, that the country needed me and that she wished I hadn’t made this decision, but she respected me and what I felt I needed to do. I told her what I told everyone else when I announced my resignation: that it was the right thing to do.

If you or someone you care about may be at risk of suicide, call the National Suicide Prevention Lifeline, a free 24/7 service that offers support, information, and local resources: 1-800-273-TALK (8255).