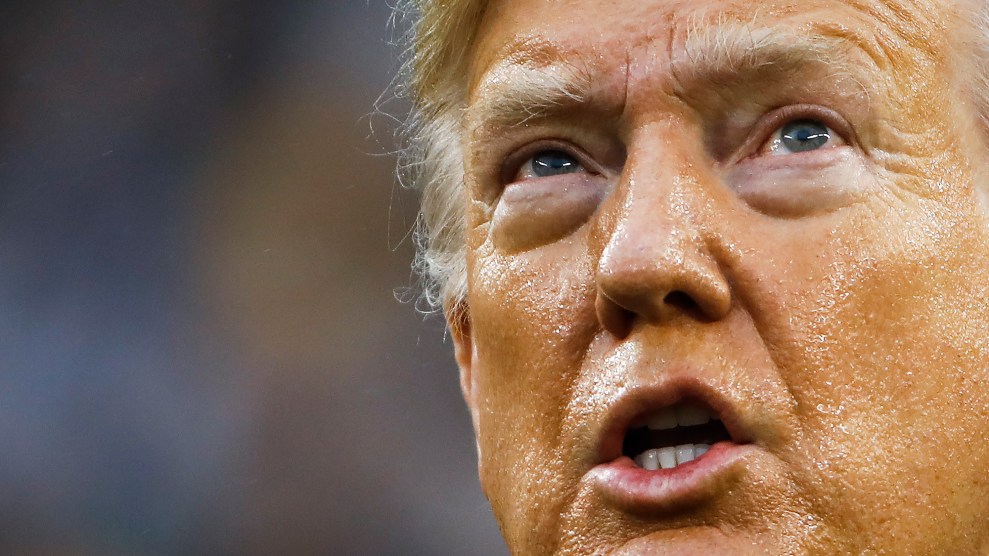 This morning, Mother Jones made the wrong prediction in a headline. We thought Trump would stick his fingers in his ears about a new Fox News poll showing most Americans supported impeachment, and agreed with the articles of impeachment about to hit the House on Wednesday. Our headline: Here’s a Fox News Poll Trump Definitely Won’t Be Tweeting About Today.

But, as is true of all things Trump and “America” in general, it’s best to not make predictions. Especially during this icky and very public Trump-Fox relationship quagmire. (Last night, he likened his once-beloved Fox News to “Commiecast MSNBC & Fake News CNN.”) Trump’s doing what he does best: letting it all hang out.

We stand corrected. There is no reporting Trump won’t call wrong if it’s bad for him:

The @foxnewPolls, always inaccurate, are heavily weighted toward Dems. So ridiculous – same thing happened in 2016. They got it all wrong. Get a new pollster!