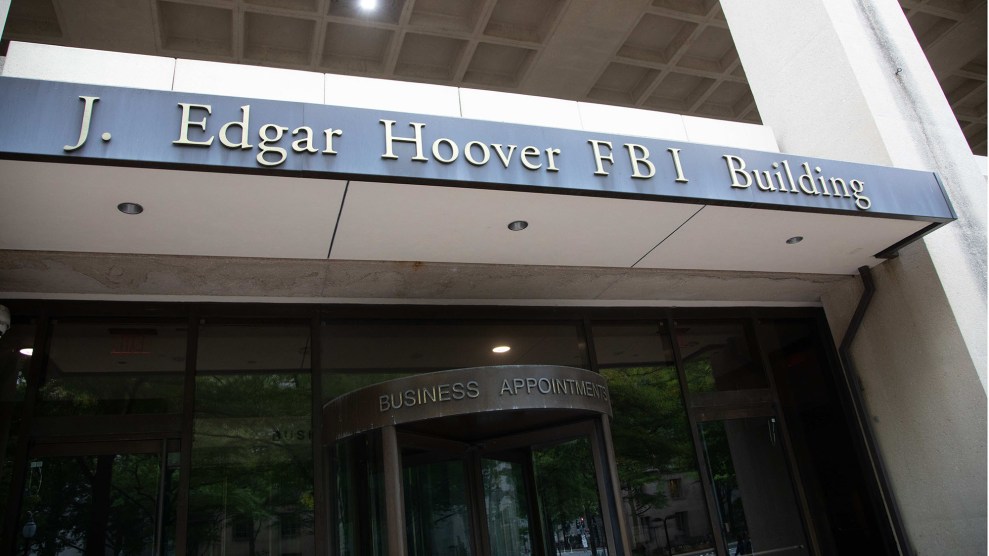 On the day the US Senate formally began the impeachment trial of President Donald Trump, the government of Ukraine said it had asked the FBI for help getting to the bottom of an alleged email phishing campaign targeting Burisma Holdings. The impeachment inquiry is deeply tied to earlier requests from the administration that Ukraine announce an investigation into the gas company.

Democrats complained about learning of the operation from the news.

Artem Minyailo, a Ukrainian interior ministry official, told reporters on Thursday that “the national police has initiated creation of a joint international investigation team, to which FBI representatives have already been invited,” Reuters reported. He also announced Ukraine would launch its own investigation into whether Trump associates had surveilled Marie Yovanovitch during her time as the US ambassador in Kiev.

An FBI spokesperson told Mother Jones that the agency had no comment “in keeping with our standard practice of neither confirming nor denying the existence of an investigation.”

The news comes several days after Area 1 Security, a Silicon Valley firm founded by former NSA computer experts, said it had found evidence that the same group of Russian military hackers who helped exfiltrate emails from Democratic operatives as part of Russia’s 2016 election interference efforts were engaged in an ongoing email phishing campaign targeting Burisma and its subsidiaries dating back to early November.

The report referred to the ongoing campaign as “successful,” but offered no evidence that any data had been obtained. Reuters cited an unnamed source close to Burisma who said the “company’s website had been subject to multiple break-in attempts over the past six months,” but who declined to share further details. Burisma Holdings has not responded to a Mother Jones request for comment.

Email phishing campaigns targeting corporations aren’t particularly newsworthy, but the geopolitical context and the timing of the Area 1 report—just as impeachment proceedings were kicking back into gear after a holiday lull—caused an immediate flurry of headlines. Area 1’s findings were covered on Monday by the New York Times, which cited an anonymous American official as saying the ongoing phishing campaign was running alongside a “parallel” effort by Russian spies in Ukraine to dig up information aimed at embarrassing former Vice President Joe Biden and his son, Hunter, who previously was paid to serve on Burisma’s board.

Congressional Democrats immediately complained about learning of the alleged phishing operation from the news rather than being briefed by US  intelligence. “I’m a bit distressed to see this for the first time in a newspaper report,” Rep. Adam Schiff (D-Calif.), the chairman of the House Intelligence Committee, said on MSNBC after the news broke. “If the intel community is aware of this, that should have been brought to our attention by now.” House Speaker Nancy Pelosi also complained about the lack of briefing on the matter, according to a CNN reporter.

Congressional aides told Mother Jones on Tuesday that senior Democrats were planning to ask the relevant intelligence agencies whether they knew about the Russian phishing campaign and, if so, why the information wasn’t shared. On Thursday, those aides either declined to comment or did not respond to further questions about the lack of briefing.

Area 1 CEO Oren Falkowitz told Mother Jones that the company had shared its findings with “relevant stakeholders that have an interest in understanding this campaign in greater depth” ahead of the report’s release. Neither the FBI nor the Office of the Director of National Intelligence, the umbrella agency tasked with oversight and coordination between the various intelligence agencies, responded to questions asking if they had known of evidence suggesting the campaign before the report was released.

“We take seriously our responsibility to keep Congress and its leaders fully and currently informed on intelligence matters and will continue to do so,” an ODNI spokesperson told Mother Jones.