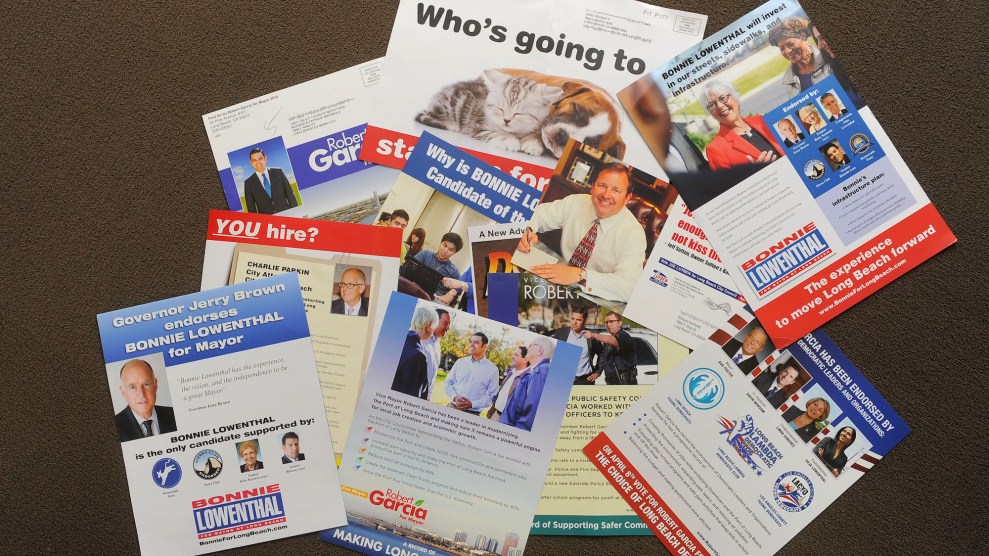 The 2020 Democratic primary is already underway. In less than two weeks, Iowans will convene in houses and gymnasiums for the first-in-the nation caucus. In Minnesota, early voting has already begun for the state’s March 3 primary. Which means that, across the country, mailboxes are starting to sag under the weight of several metric tons of direct mail from presidential candidates.

Facebook, for all its faults (actually, because of all its faults), makes it extremely easy to search political advertisements. Anyone can see what states are being targeted, how much reach an advertisement had, and how much money went into it. But there’s no such database for old-fashioned political mail. You know the kind—glossy, filled with impeccably lit photos of the candidate’s smiling family. Or perhaps improperly darkened, ominous-looking images of their opponent. Campaigns and outside groups often say stuff in mailers they don’t say in public—it’s where they show their true colors. (Remember those unseemly Ted Cruz mailers in 2016? Or this super-racist attack on an Asian-American candidate in 2018?) It’d be easier if campaigns and other organizations just sent us all this stuff, but they don’t, and so we need your help: Did you get a piece of political mail that caught your eye for one reason or another? Send it to us.

It’s very simple. Just take a photo of the mailer—the full thing, if you can—and email it to our tipline, scoop@motherjones.com, along with your home state. We’re looking for mailers of all kinds, be they from presidential candidates or congressional candidates or would-be sheriffs and county assessors, be they about ballot initiatives or issues relevant to the election, be they funny or tacky or monstrous. Tips can be anonymous, and we’ll be sure to redact any identifying details from the photos before publishing them.

We want to know who is sending what, and to whom. Help us!